The project has enhanced the architectural, urban and historical elements, highlighting the historical-architectural and landscape heritage and the features of the immaterial culture of the Oltregiogo that refer to the Genoese influence.

The Oltregiogo, although administratively belonging to the Province of Alessandria, has always been linked to Genoese culture and influence both in the material expressions of the buildings and in the traditions, as well as in the dialect and in the cultural maps that are its
background.

The term Oltregiogo (ultra jugum) is used in documentation and memory to indicate a territory straddling the Apennines of Liguria and Piedmont.

This land belonged, for centuries, to the mainland domains of the Republic of Genoa or to fiefs granted by the Holy Roman Empire to the Genoese patrician families.

The Oltregiogo was a territory of great importance for Genoa.

In this area the Fort of Gavi was built, the pivot of the defensive strategy of the Genoese Republic.

The Oltregiogo was also appreciated by the Genoese families as a place to stay for the summer months: the whole area is scattered with noble villas in the open countryside.

Novi Ligure was the seat of the Exchange Fairs which, at that time, were held throughout Europe.

The Fair was established by the Genoese in 1621.

The Project has developed the three most important themes of the meaning of the existence of Oltregiogo today.

The tradition of processions accompanied by “Christi”- (large ceremonial with the effigy of Christ) – is widely spread in the Oltregiogo as in Liguria.

Carrying wooden “Christs” adorned with rich carvings and sumptuous floral ornaments was a tradition introduced by the Confraternities (brotherhoods) from the late Middle Ages, the socalled “casacce”, located in Genoa and in the areas influenced by the Republic of Genoa.

Initiated in order to relive the Passion of Christ, the “casacce” introduced the tradition of the “cistrezante”, the brothers engaged in the carrying of the crucifix during the processions.

Another important element of Sacred Art is the Oratories.

The oratories collect works of great beauty and value and, in this project, a documented collection of all the existing works in the oratories was made including the discovery of unknown works.

A documented collection of the sacred vestments was also carried out.

THE EXCHANGE FAIRS AND THE MINTS

The Exchange Fairs arose in the 12th century alongside those of goods, as a natural evolution of these, as a consequence of the growing influx of different and often changing currencies, as well as the difficulties encountered with remote payments.

The Novi Ligure Exchange Fair was established by the Genoese in 1621 and remained in the city until 1692.

It achieved great notoriety becoming one of the most important fairs in Europe, after Frankfurt and Leipzig.

Around the Fair, numerous Mints were established in the Oltregiogo: Arquata Scrivia, Tassarolo, Ronco Scrivia, Rocchetta Ligure and Albera Ligure.

Exchange fairs represented an important link in the transition from economics to finance. 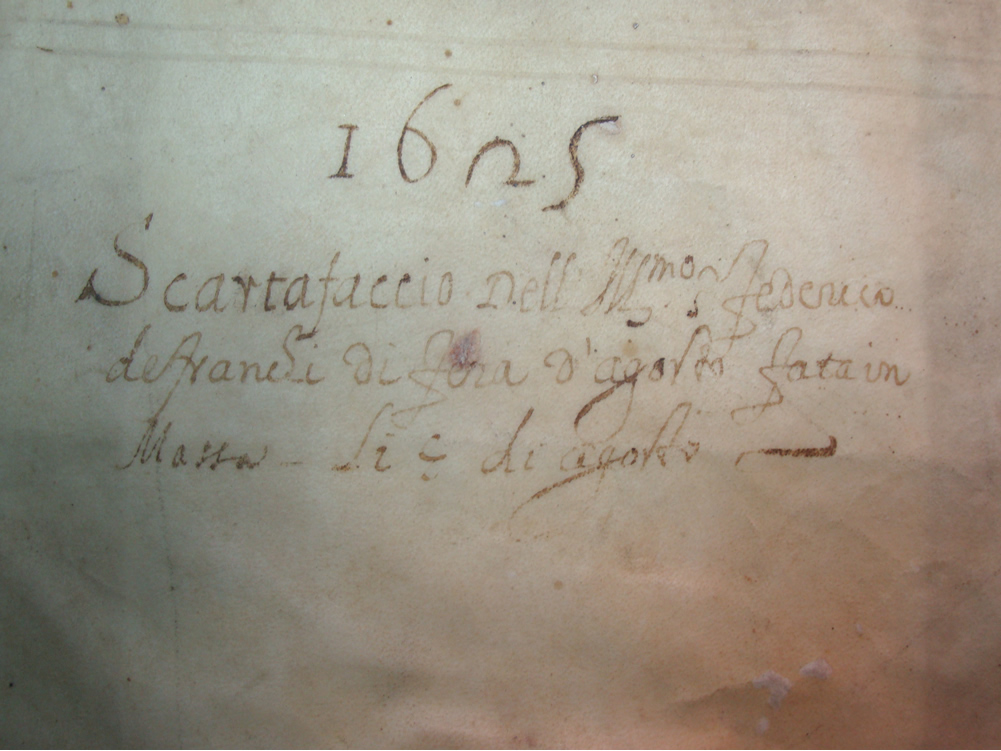 When, from the real economy, one goes on to examine the financial evolution of the credit market in Novi Ligure, as was already true in Besancon, Lyon, Piacenza, Verona, Antwerp and Bruges, Exchange Fairs were held.

In a European scenario characterized by two powerful states: Spain and France and by many realities, maritime republics, small states, kingdoms and lordships, all of which minted currency, the Exchange Fairs were aimed at defining fair parameters of exchange between the different currencies and rates at which to negotiate exchange letters.

The world of European Finance looked to Novi Ligure with great attention, taking into account what happened at the meetings of bankers and expert exchange holders which took place in the painted palaces owned by the Genoese nobility, which have now been identified and still grace the historic center.

Those who visit Novi Ligure can admire all these painted palaces where exchange trading took place.

In fact, the large and rich Genoese families such as the Durazzos, the Spinolas, the Balbis, often intervened in financial transactions to grant loans to the Crown of Spain to support the sending of Charles V’s fleet to conquer overseas lands, and were repaid with the gold and silver stolen from the same conquered lands.

During the four fairs (on 1st February, The Fair of the Apparition – on 2nd May,The Easter Fair, The August Fair and on 2nd November The Saints’ Fair) for 32 days a year, Genoese, Florentine, Milanese, Venetian and other bankers stayed in Novi, accompanied by servants,
secretaries and brokers.

Some of them they kept their own homes, others were guests with friends and others stayed at inns.

The Exchange Fairs were opposed by the clergy in particular Pope Pius V born in Boscomarengo (a small town bordering Novi Ligure) had reiterated in the Papal Bull “In eam” of 1571, the DEMONIC credit activity: the Pope’s cutting remarks were aimed at the instrument of “appeal” which allowed the concatenation of many successive exchange and replacement operations, without the hard cash ever materializing.

The exchange fairs ended definitively in 1752, when the Republic of Genoa was already firmly on the path of economic and political decline.

This project aims to propose an “Economics Fair” which, alongside the glorious past, supports an analysis of the science of “economics”.

The new economy of the beginning of this millennium is, above all, the widespread diffusion of information technologies and networks, in particular the internet.

In practice, with a view to organizing an EXCHANGE FAIR as “La Fiera dell’Economia. 2.0”. 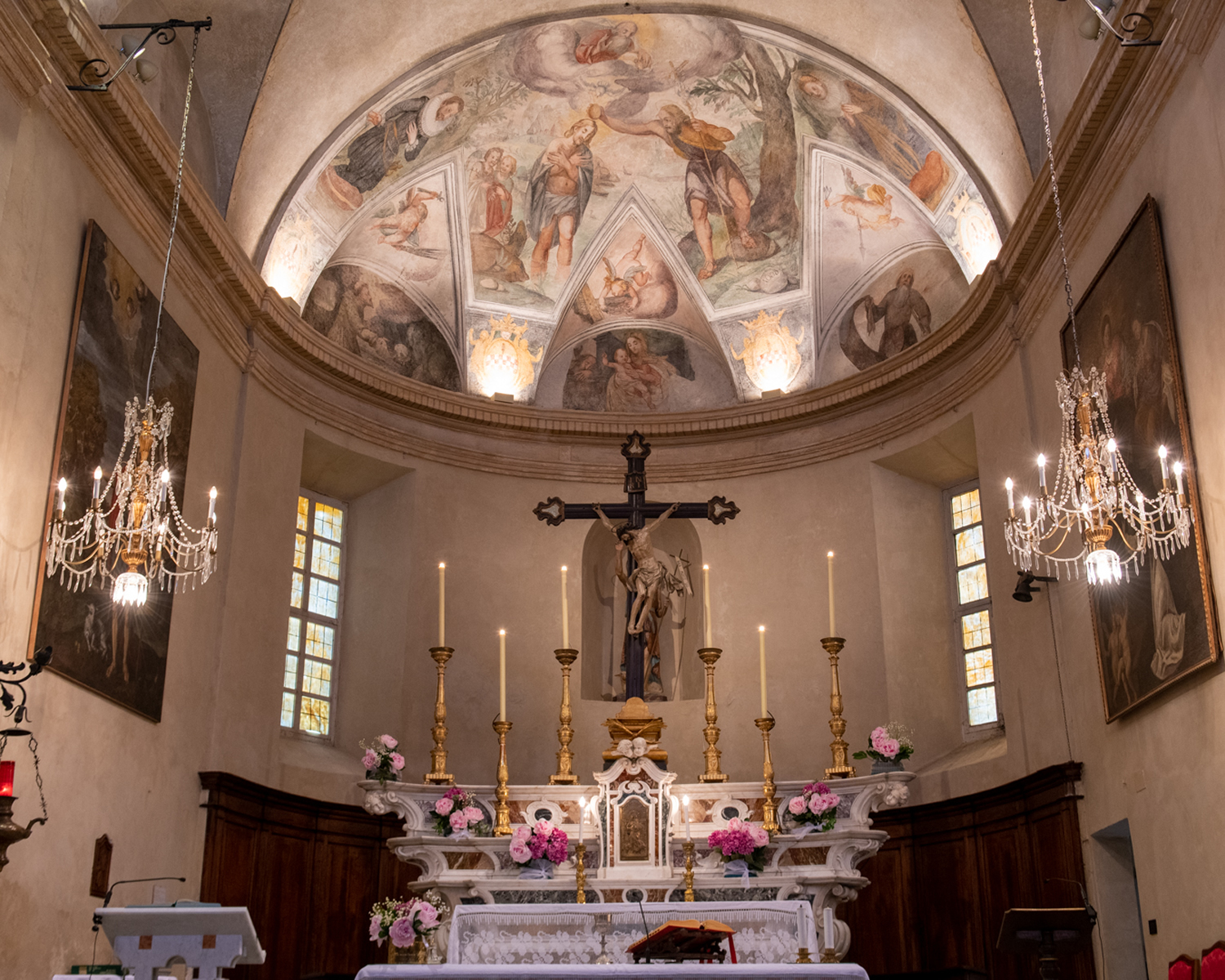 LIGURIAN ARCHITECTURE IN THE OLTREGIOGO

There are numerous influences of Ligurian art and architecture in the Oltregiogo, evident details in the noble palaces, clearly of Genoese derivation both in the architectural and pictorial layout, in the characteristic layout and urban planning of the Genoese houses and caruggi (typical Genoese alleyways), in the erected fortifications in defense of possessions and territories.

This initiative developed with important themes and initiatives, in collaboration with the Superintendence for Architectural and Landscape Heritage for the provinces of AL-NO, VCO and the Faculty of Architecture of the University of Genoa.

A 2-week SUMMER SCHOOL was organized in the years 2013-2014 and 2015, with the participation of 25 students each time, who analyzed the urban beauties of our places and designed new works in the municipalities of Oltregiogo, such as the lift to the Forte of Gavi.

Training weekends in ancient trades were organized which made it possible to retrieve the ancient arts of craftsmanship linked to Genoese architecture. The art of working stone and iron in architecture, carpentry for roofs and roofing, with axe-cut, decorators of painted facades and master masons capable of vaulting and circling the walls were taken into consideration in the organization of the days.

In conjunction with the courses, it was possible to visit the construction sites of the Rural Development Plan which intervenes on projects for the recovery and redevelopment of the villages, with a view to maintaining local historical materials, linked to the Genoese culture.