The Oltregiogo, that area between the Ligurian Apennines and the Po Valley, once part of the Republic of Genoa, is a landscape of gentle hills, profiles of castles and vineyards. The rows weave an uninterrupted texture in the area where history, work and nature are recognized.

Through the two most famous wines that symbolize this area, Dolcetto d’Ovada and Cortese di Gavi, this project intends to enhance the deep bond that has united the vineyard with the inhabitants of Oltregiogo for millennia.

Although winemaking deeply characterizes the habits, daily life and work of the inhabitants of Oltregiogo, the value and depth of this bond is not sufficiently recognized. Overwhelmed by the commercial dimension and the need to respond to the market, the culture, stories and traditions that characterize wine are easily sacrificed to the laws of the market.

Wine has always linked these territories to Genoa, a natural and main transit route not only for trade, but also for the people who have continued to move through the Apennines for millennia.

The Oltregiogo Association continues the objectives that characterized the previous ‘Tracce Liguri nell’Oltregiogo’ and ‘La Terra dei Carlone’ projects, namely the enhancement of these links.

Through a multi-level project, in particular on the historical, artistic, traditional, naturalistic and touristic levels, the Oltregiogo Association intends to investigate and recover the heritage of man’s relationship with the
vineyard. Places, traditions, common stories will be made available to communities through a publication, with an art exhibition, through videos subsequently available for free on the net, through an application and
through the implementation and facilitation of cultural tourism. 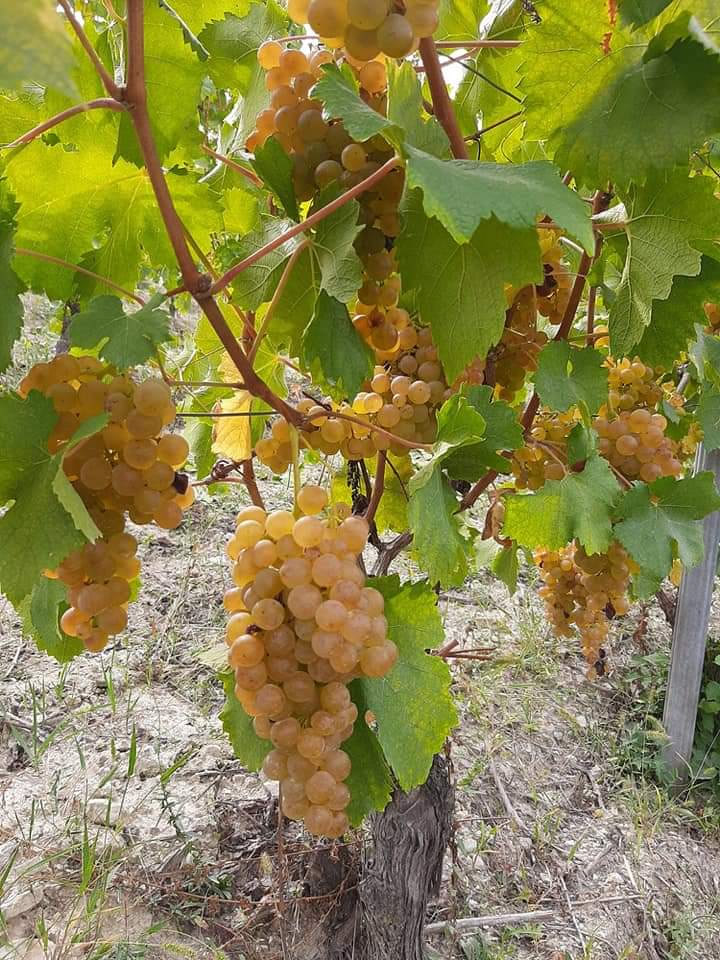 HOW TO MAKE THIS HAPPEN

To achieve this goal, two parallel projects will involve the territory over the coming months:

1- A historical-artistic research on Genoese art and that of Oltregiogo to understand the importance of the cultivation of the vine from the Middle Ages to the twentieth century and how it has influenced works of art.

2- Five young people from Oltregiogo will have to investigate the history of the vine. A historical survey on the culture, traditions and development of the vine culture carried out in short videos and interactive programmes.

These are the questions these works will have to answer.
The centuries-old roots of this bond are evidenced by the finds in these areas of Vitis Silvestris seeds dating back to the Bronze Age, growing with the Roman occupation, passing through medieval monastic communities and Genoese aristocratic families, to then develop fully with the modern age.

What characterizes the cultivation of the vine in these territories?, What did the relationship with Genoa and its port mean? Which roads did the Cortese and Dolcetto barrels go along?, What linked the phylloxera epidemic to emigration? These are some of the questions that the project intends to answer.

Through a proposal that involves the communities of Oltregiogo with new technologies, we want to bring out the value and attractiveness of this culture that has profoundly marked the landscape and people but has also had an indelible and continuous reflection in art.

The Oltregiogo Association intends to structure this project through a series of activities that will converge in the summer of 2021 in events of wide public appeal.

An exhibition at the Abbey of San Remigio will be the pivotal event: this will combine paintings, sculptures and ceramics from the fifteenth to the twentieth century with videos and interactive programmes that will show the surveys of the territory carried out specifically for this project.

THE TASTE OF THE LAND – The vine in Genoese art.

At the Abbey of San Remigio in Parodi Ligure, in the months of July, August and September 2021, an art exhibition will be set up that will collect 20 works including paintings, drawings, ceramics and sculptures that illustrate the relationship of man with the vine . The Oltregiogo Association, pursuing its mission of enhancing the relationship of the territory with Genoa, already underlined through the projects of ‘Travve liguri nell’Oltregiogo’ and ‘La Terra dei Carlone’, intends to create an exhibition accompanied by a catalogue that describes and demonstrates the importance of the culture of the vine in art. 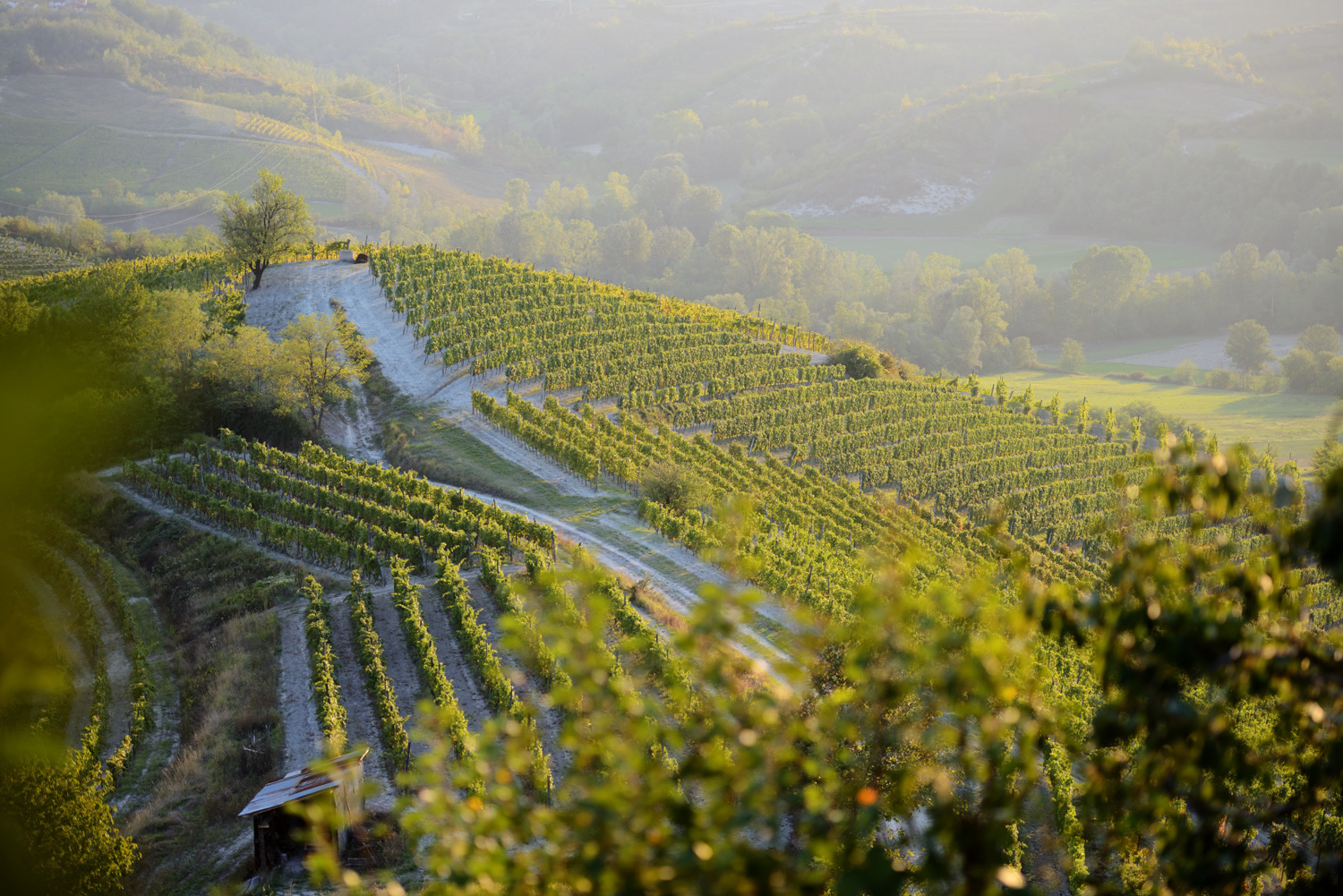 THE LAND OF THE VINE – Land survey

Five individuals aged between 18 and 30 will be selected to carry out survey work in different fields. Each one will have to create a study and a video that will be incorporated into an exhibition to be held in the summer of 2021 at the Abbey of San Remigio in Parodi Ligure. The five themes of the surveys will be dedicated to as many spaces in the exhibition.

From Libarna to Gavi, from prehistoric times to the 18th century

Starting from a research into the history of the vine in Italy between the pre-Roman era and the end of the Republic of Genoa, the typical features of this area and how it has influenced the landscape can be highlighted.
Archaeological excavations, Cistercian monasteries, fortresses-villas are the signs that architecture has left in the landscape along with the hills, cleared and rectified for the cultivation of vines.

The Industrial Revolution upset Europe by also changing the culture of the vineyard: railways replaced mule tracks, trade crossed the oceans, scientific discoveries determined a modernization of the production process and an extraordinary expansion of the trade in Piedmontese wines.

Phylloxera and the First World War, the twentieth century

These events closed the golden period of Dolcetto and Cortese, so much so that the population of these hills decreased significantly, emigrating to large urban centers and to the Americas.

Memories, festivals, photographs, recipes, traditions of these hills are all linked to the life cycle of the vineyard. Through a series of interviews, we will investigate the oral history handed down within the communities.

Great Britain, America, China, Australia are the new markets which, together with climate change and technological progress, affect the production, marketing and quality of Dolcetto and Cortese. What are the transformations that producers will have to face?

As already mentioned, at the Abbey of San Remigio in Parodi Ligure, or alternatively at a location that will be deemed more suitable, the two projects ‘The Taste of the Earth’ and ‘The Land of the Vine’ will converge in the summer of 2021. Videos, paintings, interactive programmes and sculptures will alternate in order to illustrate the Oltregiogo in its history, its art and its traditions. An important inauguration and a party in August at the Forte di Gavi will be an occasion to get people talking about the exhibition.

STORIES FROM THE EARTH – Theatre and vine

At four extraordinary venues between castles and abbeys, characterized by profoundly different stories from one another, four great shows will be the attraction for the general public and the driving force for the San Remigio exhibition. The Castle of San Cristoforo, the Castle of Tassarolo, the Castle of Silvano d’Orba and the Centuriona will be the four splendid locations for as many shows whose main theme will, of course, be the vine.

THE ROADS FROM THE EARTH – An app to discover the vine

Thanks to the mobile phone application created in the occasion of ‘La Terra dei Carlone. Baroque art between Genoa and Oltregiogo’ in 2019, new paths will be created and new content will be offered to the public in order for them to be able to intuitively and pleasantly discover the Oltregiogo area. 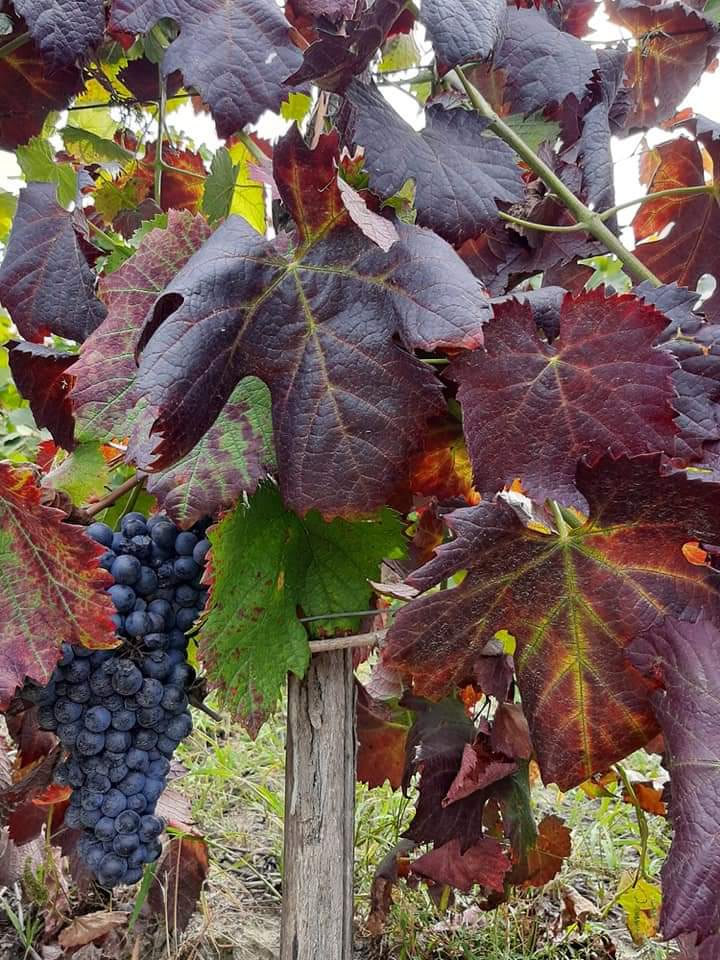