Silvano d’Orba is a village in the Alto Monferrato and Oltregiogo hills that, in the Orba Valley in the Province of Alessandria, leading up to the Apennines. And yet it is so close to the sea that, in just over half an hour, you are already on the Ligurian Riviera; travelling by car, of course!

With a history that has its roots in Roman times, as evidenced by a funerary stele and an antefix from the end of the 1st century, with a Roman castrum on the “short way” Libarna – Aquae Statiellae (now Acqui Terme) of which remains the echo in the historic site of the Torrazzi (near the town cemetery); with the Pieve di Santa Maria di Prelio, the most important Christian church in the area, whose foundation dates back to the end of the sixth century of the Christian era and with two medieval castles, Silvano d’Orba offers several interesting ideas to those who love the lesser well-known side of history. The history of the villages of our territory which, if you know how to “read”, is much richer than one can imagine.

The “city” of Rondanaria, the mythical city of gold, arose around the Roman castrum, due to the presence of the precious metal in the sands of the nearby streams; a name is that of Rondanaria which we find on many historical documents over the course of about a thousand years and which still brings us back to the historic site of the Torrazzi where the Roman castrum became part of the Byzantine limes, then the hunting pavilion of the Longobard kings in the great Silva Urbis and finally a medieval fortress. 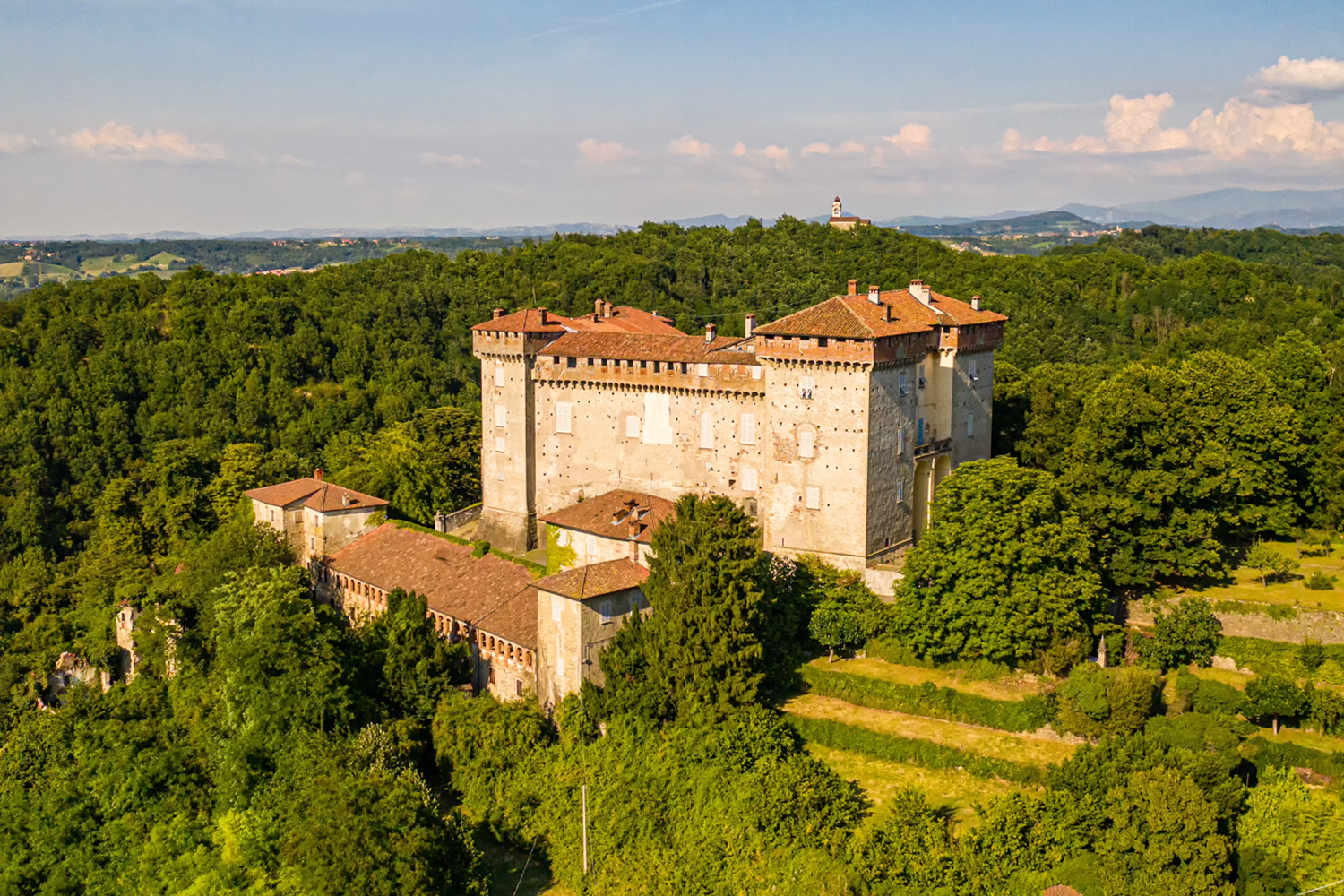 Nothing remains of the original construction of the ancient Pieve di Santa Maria di Prelio, if not a few stones, however on the same site (today Frazione Pieve) remains a beautiful church from the first half of the 18th century and, above all, the documents attesting its importance from the early Middle Ages to the Napoleonic era.

The Pieve di Santa Maria di Prelio had jurisdiction over twelve churches – from Rossiglione Superiore, on the right bank of the Stura di Ovada to Francavilla, in the lower valley of the Lemme stream – and constituted the southwestern offshoot of the vast Diocese of Tortona.

Silvano, with its two villages, was part, from the end of the first millennium, of the possessions of the “Aleramici”: the Marquises del Bosco and the Marquises of Monferrato who maintained their jurisdiction over the town until 1713 when it became part of the Savoy. 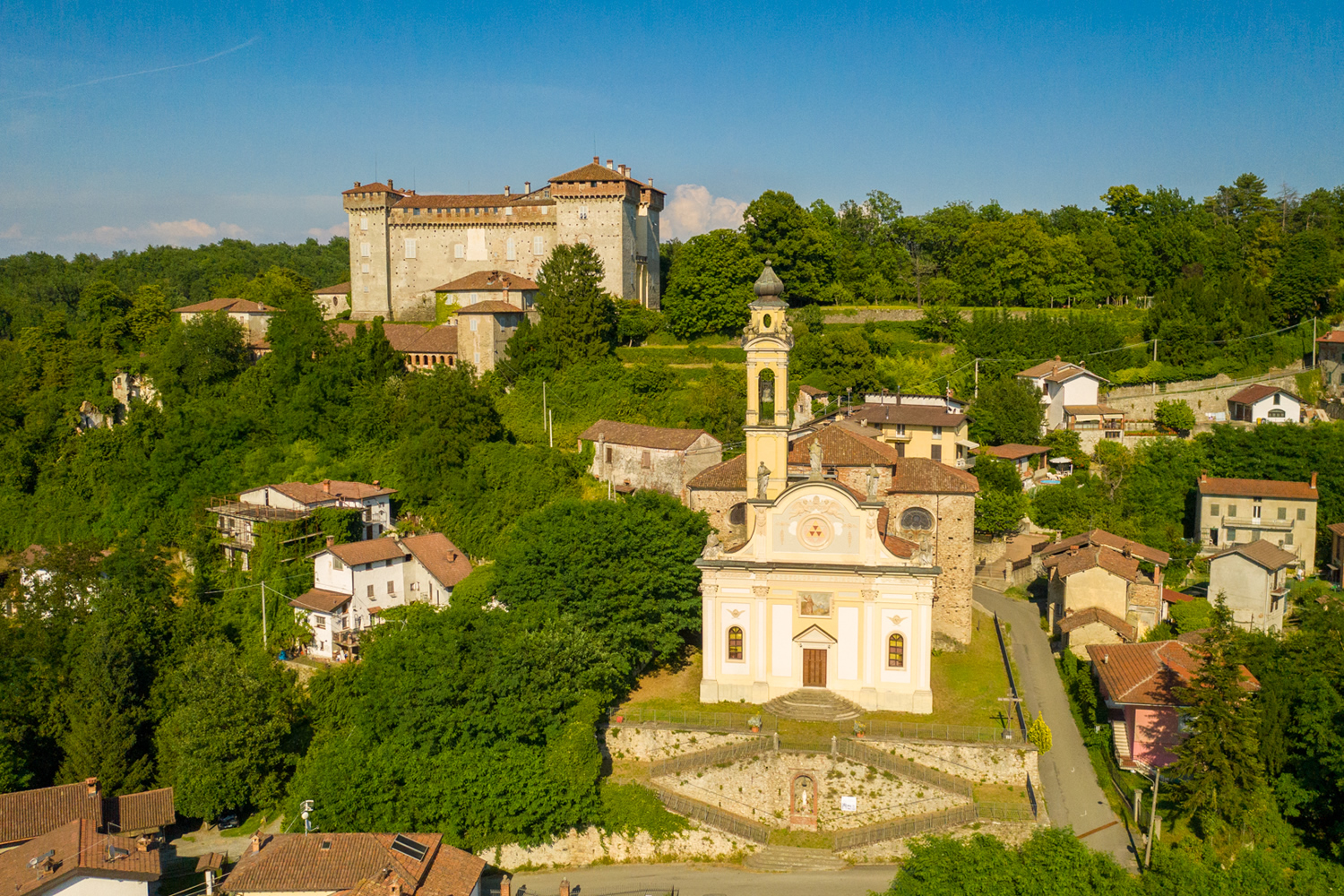 The Lords of Silvano were first the Zucca and then the Adorno, Doges of the Republic of Genoa seven times over. The important Genoese family, which became Botta Adorno in the seventeenth century, remained the owner of the imposing castle and its vast estates until the end of the nineteenth century.

From the point of view of its landscape, the hill of San Pancrazio and the Strada della Costa, just beyond the Adorno castle, are the best, but to see how many places there are and how interesting the walks that start or arrive from them can be you need to consult the GUIDE TO SILVANO D’ORBA written by the Silvanese Cultural Association “Ir Bàgiu” and published by the Urbense Academy of Ovada. (For any information just connect to the site: www.irbagiu.it)

The fauna and flora, in particular the wild orchids, are important attractions for those who love to walk and take in the sights, as well as the wines that have been produced for centuries on the best exposed slopes of the hills. The King is Dolcetto, in its two high expressions: DOC and DOCG; the Queen is Barbera, an extraordinary DOC!

And then there is the grappa. Silvano d’Orba is the land of grappa! Built around the mid-1800s, the Silvano distilleries have witnessed the history of our country: from the wars of Independence to the birth of the Republic. In November 2004 the Municipality established the DE.CO. (Municipal Denomination of Origin) and since then the town can boast the title of “Borgo della Grappa”.

Silvano d’Orba is also the land of puppets. In 1990 Pupi Mazzucco founded the national award “To the good puppets of Italy” with Tinin Mantegazza and Baldo Giuseppe (Fulmine). In 1999, again with Tinin Mantegazza and Baldo Giuseppe, Pupi conceived the “Silvano d’Orba Special Prize” and in the same year the “Amici dei Puppattini” Association was formed which since then, in the third week of July, with the best Italian and foreign companies continue to brighten the evenings of the many children present and the adults
who accompany them.

Silvano d’Orba is all this and much more; seeing is believing!