The name Palode appeared for the first time in 973, then in around the year 1000 the site took shape that was given to the monks of Santa Maria di Castiglione (Parma) who reclaimed the swamp and built San Remigio by opening an outlet on the Rio Albedosa.

The founding of the Abbey dates back to the 11th century, by the Benedictine Monks of Santa Maria of Castiglione, and it is at the crossroads of one of the most important “Via Marenche” that descended from the Genoese coast towards the Po Valley.
From the 13th century it was dependent on the Curia of Genoa and in the 15th century it became a parish.

Built in the 15th century and belonging to the family of Nicolò who was Doge of Genoa from 1378 to 1383 it is an interesting complex with an entrance at the end of a cobbled ramp.
The garden wall, with a sentry box at the corner and in front of the courtyard, the well, the barns and the stables. 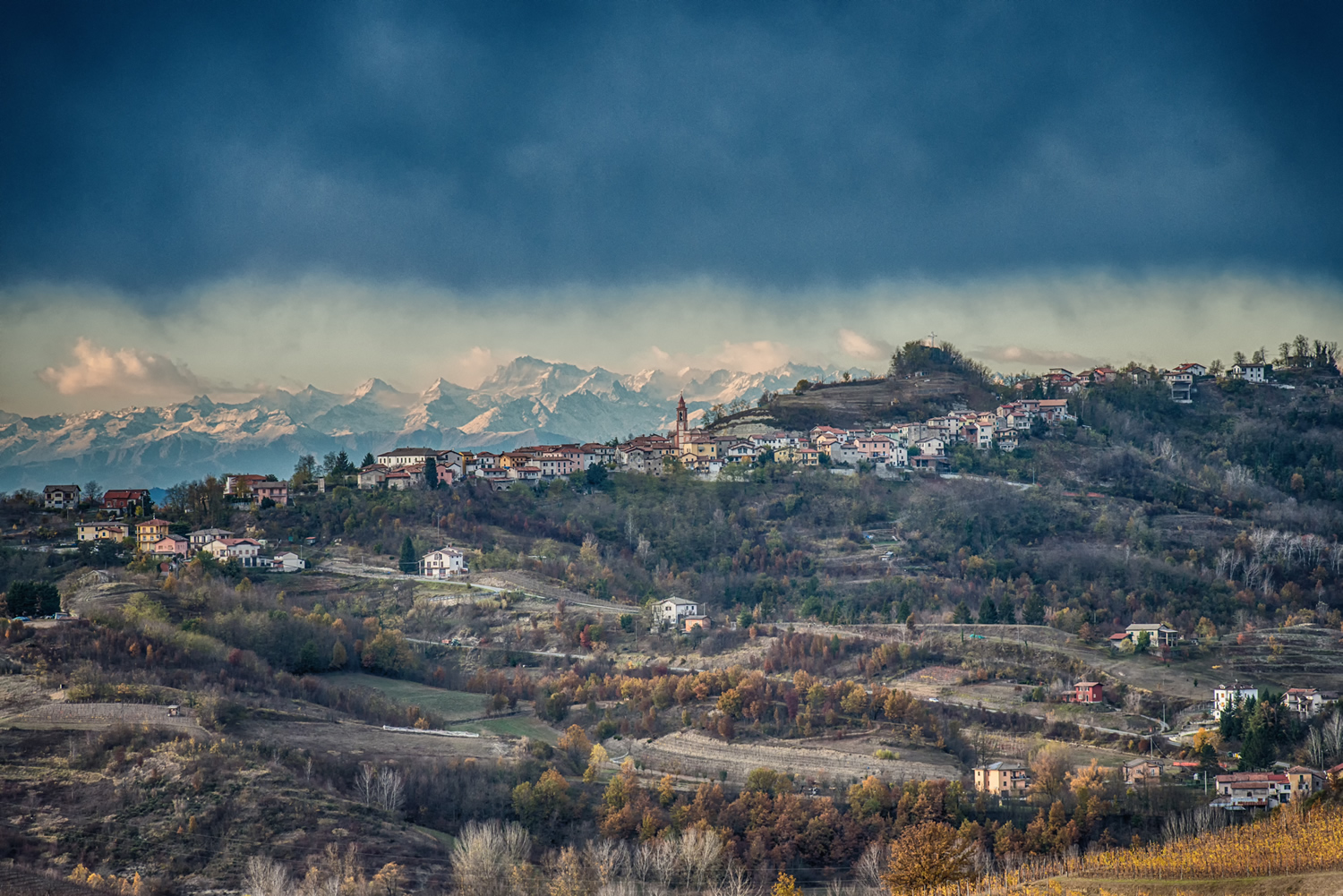 Its construction dates back to 1845 and it contains many very important works:

Main Altar: the antependium dates back to the eighteenth century as do the candleholder steps and comes from the Oratory of San Sebastiano of Voltaggio.
On the altar the marble statue of the Madonna with the Child Jesus, by Francesco Fanelli (17th century).
The wooden choir built by the Candia Brothers in 1864.
The wooden statue of San Rocco is attributed both for the design and in part for the execution to Antonio Maragliano.
The wooden statue of the Immaculate is also attributed to Maragliano.

This is the highest district in the country and at the top there is a spur of rock called the Castle, on which a striking cross was erected in 1929 to celebrate the conciliation between the Italian State and the Catholic Church. 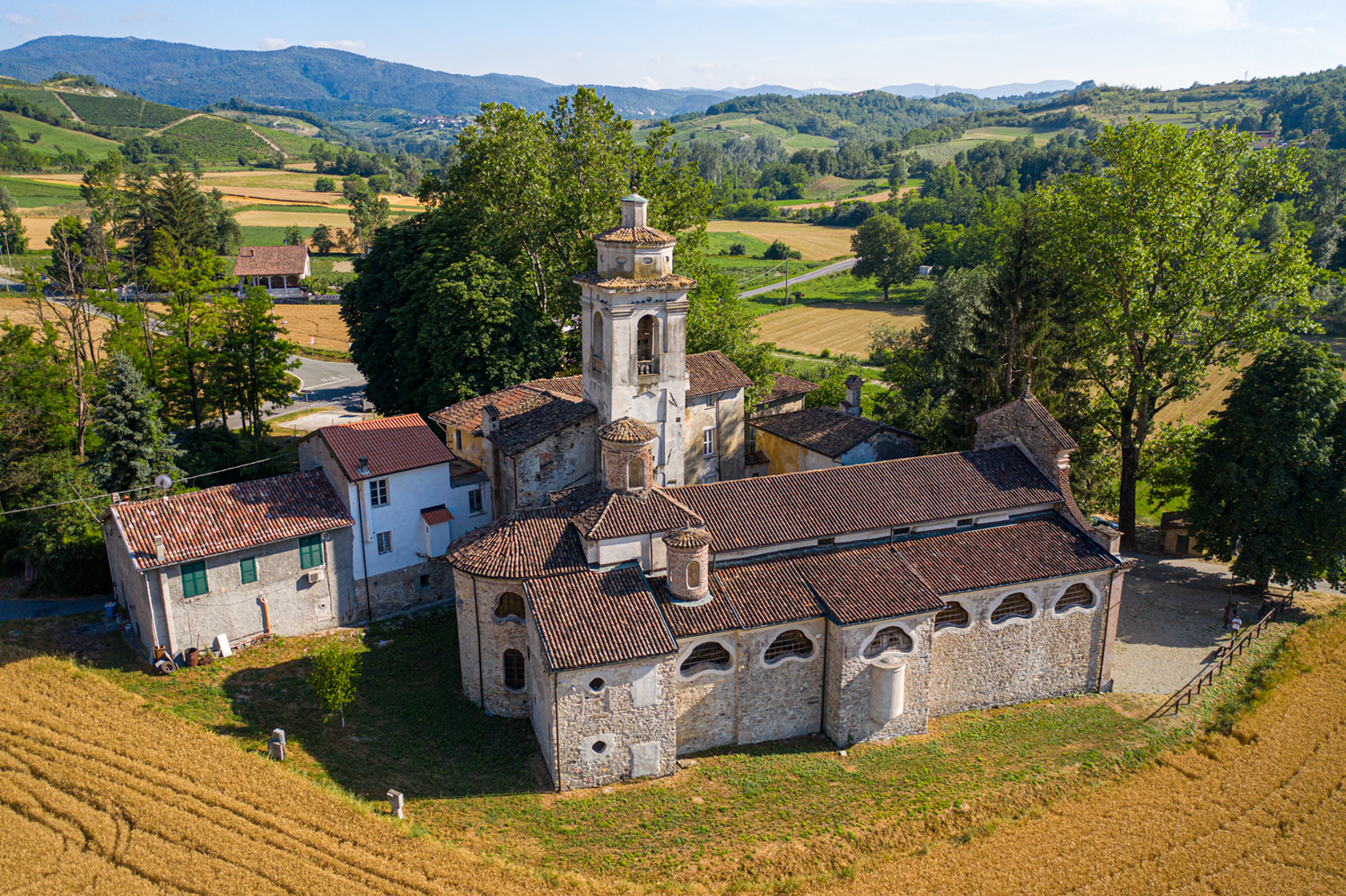 THE PARISH CHURCH OF THE SAINTS REMIGIO AND CARLO

The eighteenth-century chapel of San Carlo once stood here, it was demolished in 1959, and it is on this site that the Parish Church was built.

The Parish Church has an eighteenth-century altar from the church of San Sisto of Genoa purchased in 1825.
To the side of the altar there is the statue of the “Immacolata” by Pierre Puget and Filippo Parodi.

The picturesque works are the Resurrection of Lazarus by Giovanni Carlone dating back to 1651; The Coronation of Thorns by G.B. Carlone, The Adoration of the Magi and Miracle of Saint Anthony of Padua attributable to a son of Gio.Andrea Carlone; the Madonna del Rosario (1742) with a strong Maraglian style attributable to Luigi Fasce.
The Processional crucifix placed in the apse and the reliquary bust of the holy Bishop, works from the ‘700.
The two processional groups:
The Annunciation which can be attributed to Agostino Storace, disciple of Maragliano.
The Santa Consolata communicato da Cristo which can be attributed to Pietro Galleano, which came from the Oratory of Santa Consolata in Genoa.

THE PARISH CHURCH DEDICATED TO THE NATIVITY OF MARY

It was opened for worship in 1869 and replaced the two previous Parish churches.
The main altar came from the church of Santa Maria delle Grazie in Genoa and there are two side altars.
The works were performed by two local artists.
Wooden Madonna: Luigi Montecucco di Gavi 1843.
Canvas Madonna of Mercy: Francesco Montecucco 1850.
The cross of the high altar: Fratelli Candia 1869.