The toponym of Capriata could derive from various origins:
It may derive from the numerous goats grazing on this plateau, from stone houses (Capria) or stone houses near the rio (Ca-vi-rio ‘).

The area was also inhabited in prehistoric times: as evidenced by the findings, in the Albedosa-Tramontanino area on the sandstone boulder “sangiu dei stgrie” of cupels and pediform signs dating from the Mid Iron Age.

Numerous traces of the Roman presence have remained, starting with the large stele of S. Agata (1st century AD) found in the Orba in 1926, which assigns the territory to the Roman tribe “Pomptina” and the recent discovery of the remains of a rural building in the Pattiniano area (1st century AD).

These studies would confirm the presence of a minor road network, used to join the two major consular roads: Via Postumia and Aemila Scauri ”.

It was also a road that led, via Sezzadio, and headed towards Acquae Statielle (Acqui)

In 1224 a bloody battle was fought on the territory of Capriata, remembered as the War of Capriata, which had as its background the clash between the Emperor Frederick II and the Lombard League allied with the Pope who confronted Alexandria and Genoa.

There were then reprisals by the Alexandrians who settled in the village and rebuilt the houses, that had been burnt down, as well as fortifying it. 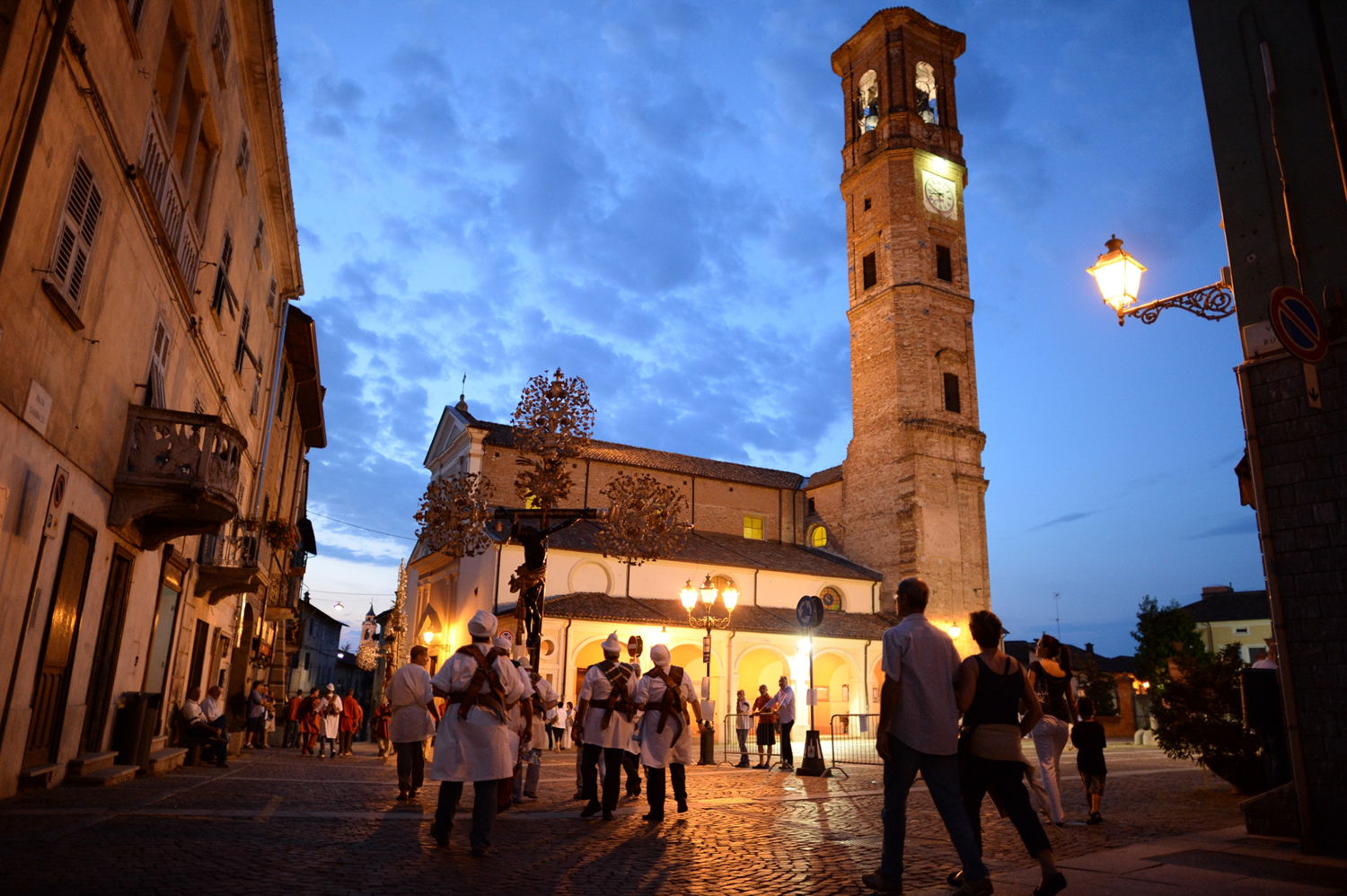 THE TOWER OF CASTEL VECCHIO AND THE RELICS OF THE PAST

The imposing ruins of the Castel Vecchio tower are the remains of a fortification that existed in medieval times which preceded the construction of the inhabited center.

These watchtowers were part of a chain of towers which, starting from Parodi, the Torre del Gazzo of San Cristoforo, Torre dell’Albarola in Lerma and Monte Cola, protected the Orba and Lemme valleys from Saracen invasions in the Carolingian period.

Some sections of the castle wall remain, the tower and the old town walls.

Some frescoes, mullioned windows and epigraphs are scattered along the old streets of the town.

Numerous toponyms recall the structures that have disappeared or been adapted:

The Convent area, the San Gioacchino Hospital of 1855, the Gabella where Genoa kept salt for Lombardy, the Pedaggera farmhouse where the toll was paid. The Cascina Ospedale, a distortion of Hospitale for pelelgrini in the OltreOrba area, which existed in 1196, the Villa Fortezza Aureliana rising in the middle of the large Gazzolo wood (it has been hypothesized that it rose above an ancient Templar building and it is said that it was the hiding place of Giuseppe Mazzini, The San Bernardino farmhouse, where the saint is said to have slept in 1417-1418, from whom it later took its name.

THE CHURCH OF S. PIETRO APOSTOLO

This parish church is an ancient Romanesque church with three naves which presents, on the square, a porch.

The first historical document dates back to 1204, but the building had already existed for centuries and was subject to the Pieve di Santa Maria in Lemure.

Inside, in the left aisle, there is a beautiful altar dedicated to the Blessed Virgin of the Assumption (Chaplaincy established by Belengerio Bortolotto in 1401). 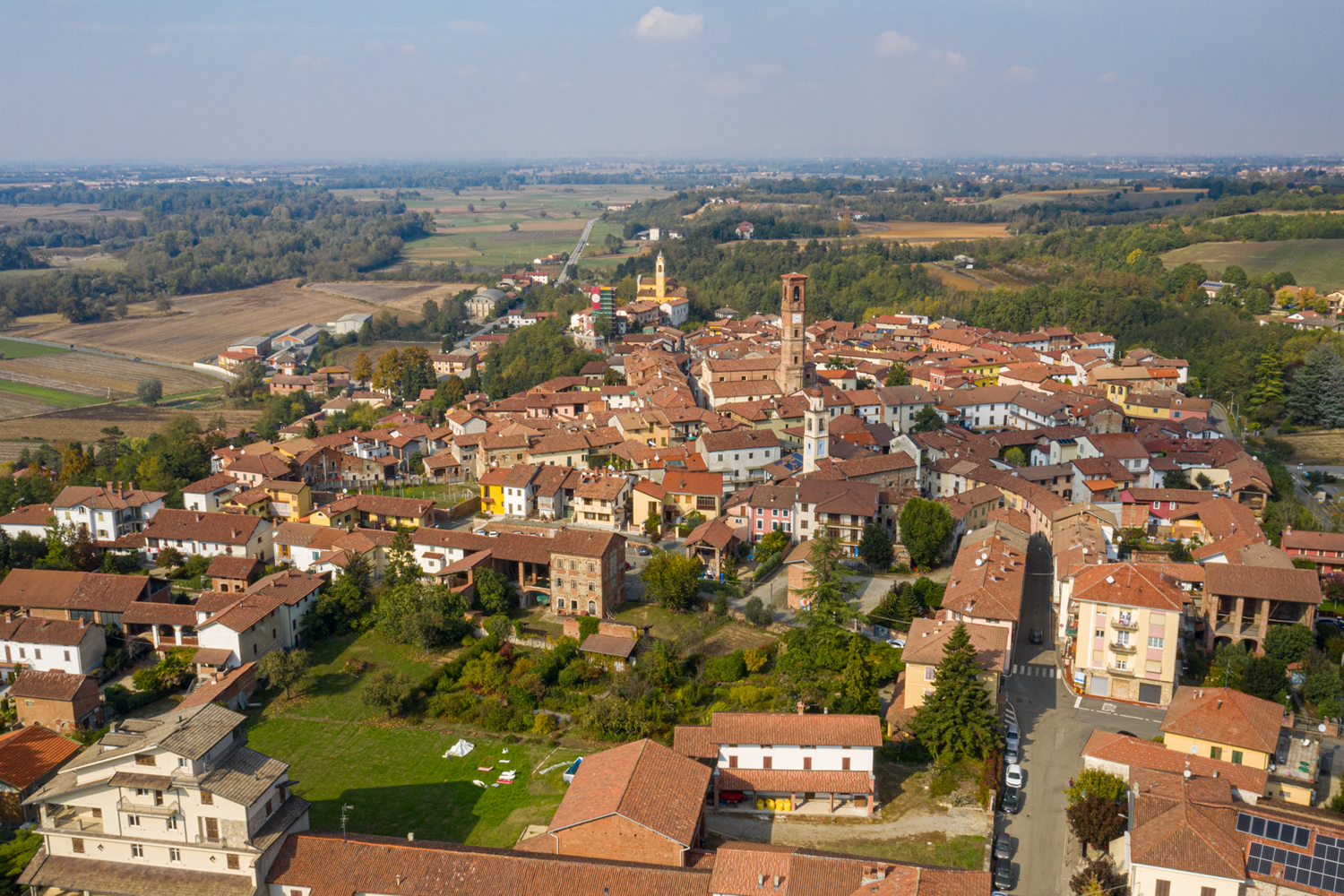 In the right aisle there is a statue of St. Peter.

Then there is a beautiful great cross weighing 105 kg.

A statue of San Bovo from the Convent which has disappeared.

A painting by Luca Cambiaso on the door of the bell tower and three seventeenth-century paintings from the Genoese school.

The sacristy with baroque-style cabinets made of walnut, a wonderful work of Piedmontese craftsmanship that preserves the chalices and pyx by the Genoese goldsmith and engraver Torretta.

The octagonal bell tower from 1791 measures 41.5 meters in height and has five bells.

THE ORATORY OF SAN MICHELE

It houses the Casaccia di San Michele, the oldest in the town, and it was already in existence in 1494 and in 1682 it joined that of S.S. Trinity.

The interior has a barrel vault with lateral roundels frescoed by Pietro Ivaldi, known as “the mute of Ponzone”.

Among the treasures it contains to be remembered:

– a small bell from 1544;
– several seventeenth-century paintings;
– Statues of San Michele Defendente;
– a precious “Agati di Pistoia” organ from 1839
– a processional cross of the Maragliano school in pink wood covered with embossed silver;

THE ORATORY OF SAN GIUSEPPE

This oratory is dedicated to the SS Annunziata.

The building is located next to the tower of the old castle.

– a marble high altar by the sculptor Brugnetti (1765)
– a walnut choir by the masters Zaverio and Pulacini;
– an organ of the Bianchi of Novi company
– a silver cross made by the goldsmith Gio.Canepa in 1844

THE MONASTERY OF CONTEMPLATIVE FRIARS

It was built in 1970 in the Bricco del Cv villa. Brizzolesi, thanks to the donation of the Marquise Carolina Finocchio in Giavotti.

In the lower area of the village stands the Mill (first document in 1186 with the bull of Urban III), together with the aqueduct built by the famous Cistercian abbey of Tiglieto and a plaque placed on the building of 1701, which bears witness to this.

With its hydraulic power it provided the country’s first electric light in 1911.

A historic building that houses members who are very active in the area in terms of helping the poor.

At the center of a centuries-old park with its elegant club house, housed in what was the summer residence of the Marquis Gavotti.

It covers an area of over 110 hectares and includes two courses of 18 and 9 holes with a total length of 9,730 meters.

It is frequented by numerous Italian and foreign VIPs.