From reliable information the foundation of the town dates back to the beginning of the thirteenth century.

THE CASTLE AND ITS HISTORY

The castle, now owned by the Doria family, is typically considered a rectory type construction for fortified stately homes in some Regions and there are rarely examples of this in Piedmont.

The similarity with the castle of Verres is striking.

The first floor is characterized by a large hall called “of the coats of arms” complete with a fireplace from the late 1500s, as well as the courtroom, where low justice was exercised by the feudal lords.

The dungeons retain the prisons which are accessed through a series of labyrinthine passages and stairways, and there is no shortage of pit wells and instruments of torture.

THE SPIRIT OF THE NUN

One of the most famous legends in history is linked to the castle.

It is said that on stormy nights in summer, when there is lightning and thunder, a figure of a noblewoman with a large bonnet on her head appeared high up on the guards’ walkway, which spewed flames and smoke from her eyes and mouth.

Tradition has identified the diabolical being in Sister Costanzto Gentile who escaped from the monastery of San Leonardo in Genoa in 1699.

It is said that she was the secret lover of Clemente D’Oria, Lord of Montaldeo. 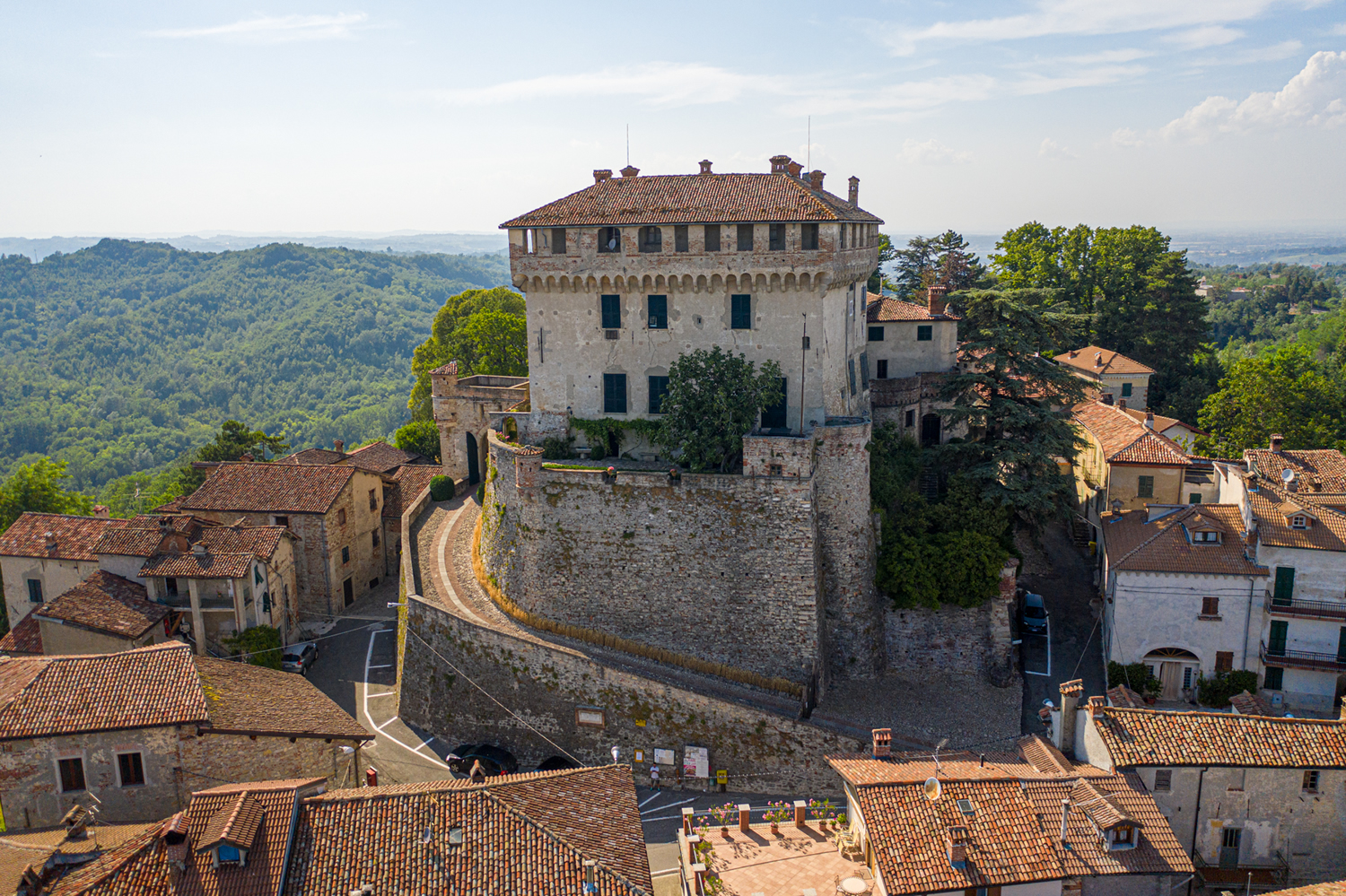 THE PARISH OF SAN MARTINO

The interior is in a neoclassical style with a single nave.
On the left side there is the Chapel of S. Giuseppe, worthy of note for the pink marble of the eighteenth-century altar by justpatronato of the D’Oria family.
A processional crucifix from the eighteenth century and a wooden statue of the Blessed Virgin Mary can be seen.

THE CHURCH OF SAN MICHELE

It was the first parish church of Montaldeo.
The church contains numerous extremely abraded frescoes dating back to the end of the 15th century.

In the middle of the village is the oratory where the altar of the Virgin rises in the center of the apse in Baroque forms, whose statue is placed between two twisted columns.