This project is the result of a path of strategic aggregation around the cultural themes that make this land unique.

THE TOPICS AND THE CONTEXT

The Exchange Fairs arose in the 12th century alongside those of goods, as an evolution of these, and as a consequence of the growing influx of different and often altered currencies, as well as the difficulty of remote payments.

The Novi Ligure Exchange Fair was established by the Genoese in 1621 and remained in the city until 1692. It achieved great notoriety, becoming one of the most important fairs in Europe, after Frankfurt and Leipzig.

Numerous mints were established in the Oltregiogo area near the Fair: in Arquata Scrivia, Tassarolo, Ronco Scrivia, Rocchetta Ligure and Albera Ligure.

In economic history, exchange fairs represented an important link in the transition from economics to finance: finance in support of the real economy is fundamental.

This is why we want to retrace the history of exchange fairs and mints which aims at being an opportunity for growth for everyone, not only for experts, through conferences, the presentation of books and meetings with students.

As part of an activity aimed more at the “general public”, with the specific aim of publicity, it may be useful to organize a National Festival of the economy, to analyze, discuss and take an in depth look at issues concerning, among other things, the current behavior of the financial world, accused of not always supporting the real economy.

We learn from the texts on economic history, when the real economy moves on to examine the financial evolution of the credit market that in Novi, as was already the case in Besançon, Lyon, Piacenza, Verona, Antwerp, Bruges, there were “Exchange Fairs”.

Four times a year, at each fair, the exchange rate was established, today we would call this “fixing”, between one coin and another, it could have been between the Duchy of Milan and / or the Genoese lira and / or the luigino coined in Tassarolo and, in this way, the discount rate of the letters of exchange was determined.

A beacon of extreme interest for bankers, traders, artisans and for those who worked in international trade – import-export of various kinds -, but also for rulers.

In fact, the large, rich Genoese families such as the Durazzos, the Spinolas and the Balbis, often intervened in financial transactions to grant loans to the Crown of Spain to support the sending of Charles V’s fleet to conquer overseas lands, and were repaid with the gold
and silver stolen from the same conquered lands.

The clergy opposed these meetings until the excommunication of the Genoese bankers by Pope Pius V.

There were four Fairs and that took place in specific preordained periods:

Today, the Oltregiogo Association wants to retrace the Exchange Fairs, but at the same time propose an “ECONOMY FAIR” which, puts alongside the glorious past, an analysis of the science of “economics”.

The Oltregiogo Economics Fair aims at analyzing, talking about, discussing and relating new economic behavior starting from the customs of stock exchange operations, financial mediation, mutual funds, stock exchange contracts, takeover bids, options, derivatives, risk assessments, technical analysis, globalization and the Euro and the European Union.
It aims at bringing young people and ordinary people closer to this world, but it aims at doing so with individuals with specific skills who follow and deal with the economy at a particular historical moment like ours. 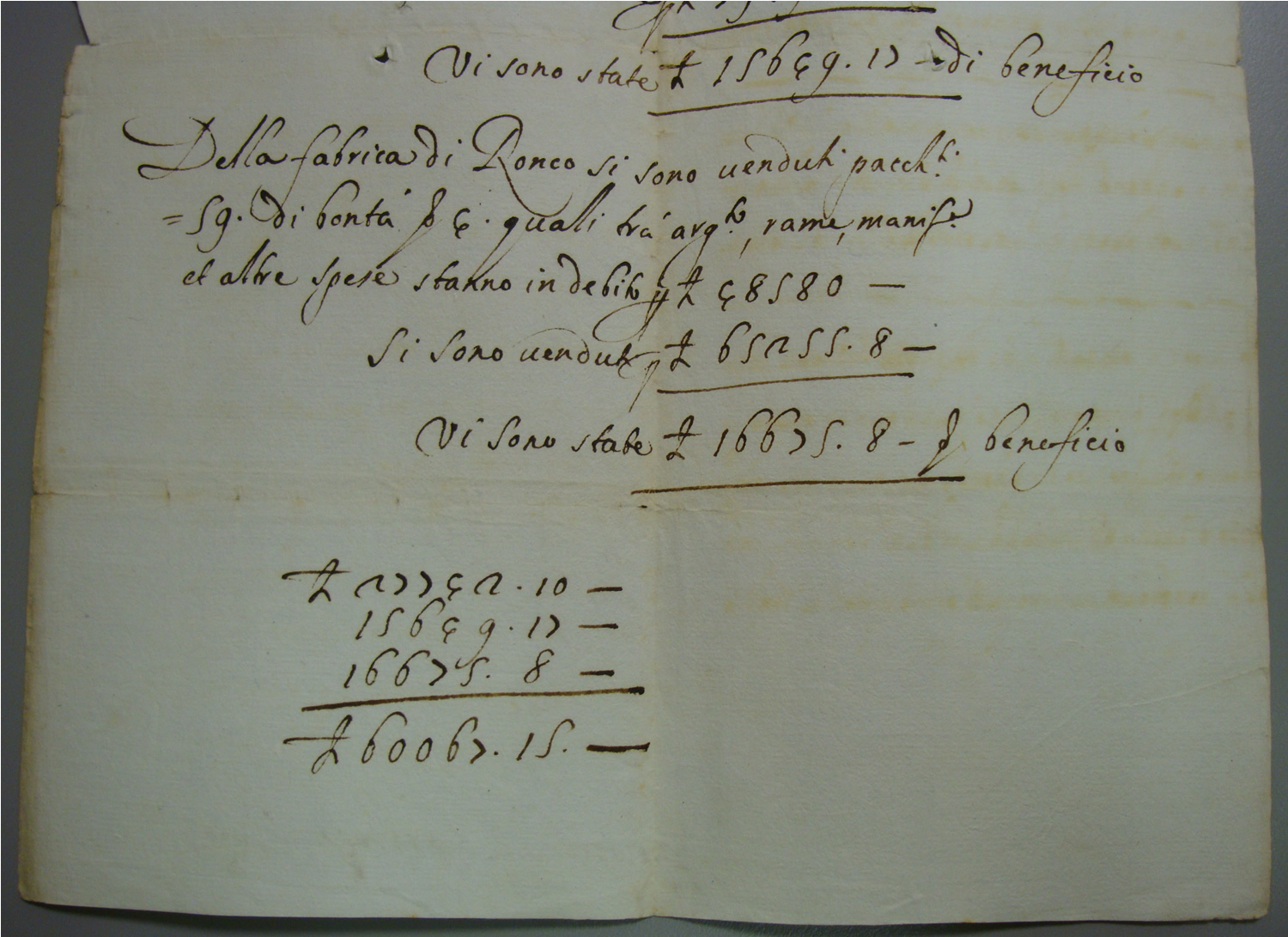 Through the expansion of a task already carried out by the Oltregiogo Association with the “Ligurian Traces in Oltregiogo” project financed by the Compagnia di San Paolo, which made it possible to identify the physical locations still in existence (the noble palaces) where the fairs were held, the institutional mechanisms that regulated the work of the fairs could be analyzed.

New behavior: the West has been experiencing a continuous crisis for years.
There are now many who, for some time, have been wondering if it is possible to recover and especially how to do so, without public money, an increasingly troubled welfare state, factories that are closing and families who are now struggling to make ends meet.

The objective of the Fair is to reflect on alternative models of economy and finance, by inviting witnesses of innovative experience in the world of credit and entrepreneurial activities: social enterprises that have chosen to put the individual at the center of their economic process, companies that distribute profits amongst workers, credit cooperatives, public administrations that manage the budget in a participatory manner with citizens, etc.

Social innovation to fight the crisis: to move forward we must radically rethink everything, we cannot expect the future to be like the past.

We need to rethink our material production systems, in a world that integrates recycling and recovery as a central element, we need to rethink our systems of transport, energy production, agricultural production and consumption.
It is unlikely that the new ideas that will be able to guide us in this undertaking will come from above.
Social innovation shows us another way based on a multitude of bottom-up initiatives, everyday experiments.

In order to develop the above issues, we aim at working on two levels:

The first is that of analysis and study on the territory, the second is that of dissemination and sharing of issues, addressing them with the organization of a conference.

The idea is to set up a two-year scholarship that addresses and analyzes the following issues: 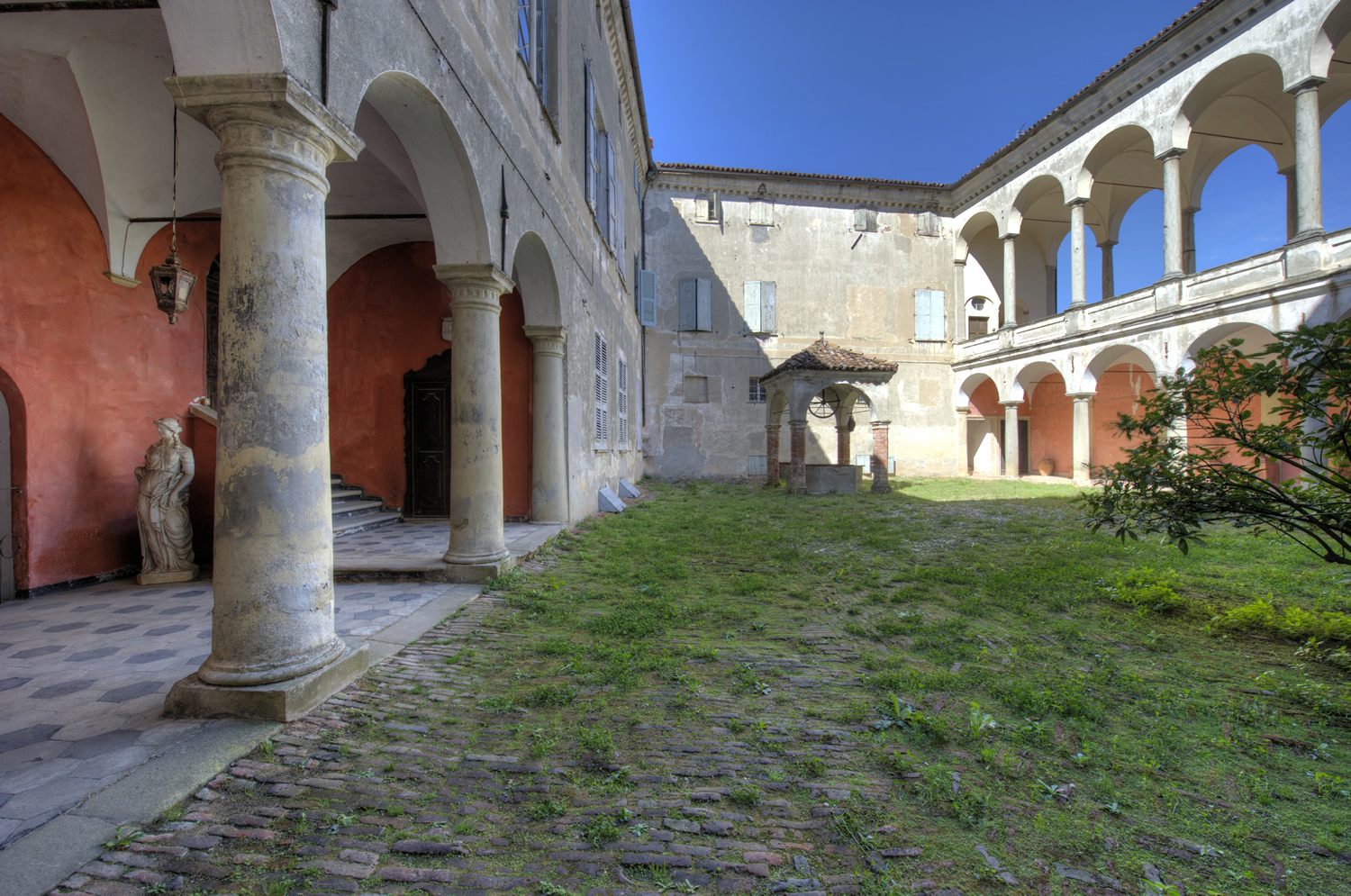 THE EXCHANGE FAIR OF NOVI LIGURE

An analysis of the institutional mechanisms that regulated the work of exchange fairs.

To do this, a precious source such as fair correspondence could be used, or letters that were exchanged between the attorney present at the bargaining and the banker who invested in the fair and remained in Genoa. A large number of various kinds of information can be gathered from this type of source, but, above all, used to closely analyze the evolution of the credit market and foreign exchange.

Therefore, a careful analysis of this documentation would allow the collection of data on the functioning of the fair, on the trend of the foreign exchange markets, on the relations between the nations represented in the bargaining and much more.

Ten boxes of letters sent by the fair prosecutors to the Durazzo family are kept in the Durazzo Giustiniani Archive in Genoa. This source can also be cross-referenced with the replies, where the answers are presumably to be found, and with “scraps” (the small accounting records drawn up during the course of the fair).

THE MINTS OF THE OLTREGIOGO

Regarding the mints of the Imperial Fiefdoms present in the Oltregiogo, the sources would seem scarce, the research in the Spinola Archive of Tassarolo, where one of the most active workshops was located, yielded little.
However, documentation yet to be studied, is present in the State Archives of Genoa and at the “Doria Archive” Economic History Studies and Documentation Center in the Salvago Raggi Fund, where documents concerning the Ronco Scrivia Mint are kept.

The mint of Ronco Scrivia was very active in the modern age and, especially in the seventeenth century, when it began to mint a small coin called “Luigino” that the Genoese sent to the Ottoman Empire.

This small town in the Oltregiogo became a small stop in the world silver circuit that from the Americas reached Spain, then to Genoa, and, once the coin was minted, continued to the great ports of the east, such as Smyrna and Constantinople and from there to Asia. A study of this mint would allow us to insert a small town like Ronco Scrivia in a great history. 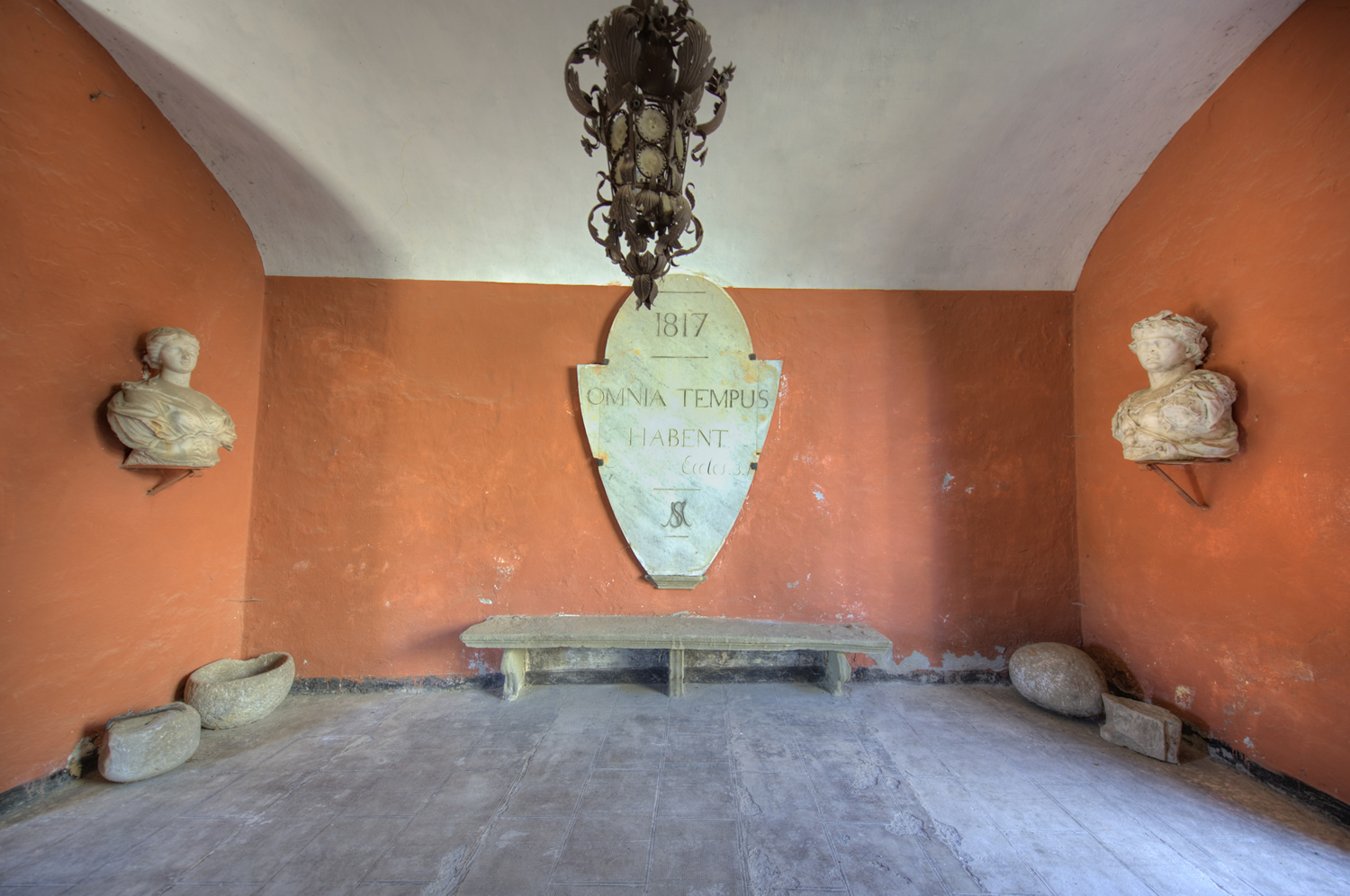 THE HISTORY OF THE TERRITORY

In the same fund there is information on some fiefs of the Spinola family, which later passed to the Raggi family, such as: Rocchetta Ligure, Ronco Scrivia and Roccaforte.

The Doria di Montaldeo Fund is kept in the same archive, which contains the administrative papers of the Vergagni fiefdom.

At the “Spinola di Tassarolo” archive there is a great deal of correspondence from the then Campo Freddo (now Campo Ligure), especially from the eighteenth century.

This documentation would help the historian reconstruct in detail the history of these places, as well as providing a broader picture, not only of the economic life of the Oltregiogo, but also helping us to clarify social dynamics that remain, at present, unknown.

To bring to light the results obtained and to think about the evolution of the economy, we would like to organize a conference that can address the following issues:

In this general cultural context in which the Genoese bankers, protagonists of the Fairs, had on the one hand to design these new financial products, on the other hand, to reject the offensive of the opponents of “lending at interest”. In particular Pope Pius V born in Boscomarengo (a small town bordering Novi Ligure) had reiterated in the Papal Bull “In eam” of 1571, the DEMONIC credit activity: the Pope’s cutting remarks were aimed at the instrument of “appeal” which allowed the concatenation of many successive exchange and replacement operations, without the hard cash ever materializing.

The Genoese “Bankers of the King” (of Spain) also responded on a theological and cultural level and, in 1631, precisely while the exchange fairs were being held in Novi Ligure, Pope Urban VIII authorized the “appeal” in the light of a sophisticated theoretical elaboration on the substantial similarity between the loan contract and that of exchange, which, given the plurality of currencies in use, could not be condemned, without blocking trade.

Through this event, the operators, protagonists of innovation in non-cash payment systems, could bring their products to the FAIR, take stock of the innovation already acquired and envisage the ongoing research for new solutions and tools.

Economists, finance scientists, technologists and computer scientists could give life to conferences, debates and talks on the subject.

The Exchange Fair 2.0, lasting two / three days, will be characterized by contemporary initiatives of comparison and debate of a cultural nature, with the presence of historians, philosophers, theologians who will address the issue of means of payment.

All aimed at a venue and a stable event, such as the “THE BIENNIAL EXCHANGE FAIR 2.0″

THEMED EVENINGS IN THE MUNICIPALITIES OF THE OLTREGIOGO

Organization of evenings in the municipalities of the Oltregiogo, with the theme of money in its changing forms and related subjects will be tackled through the staging of theatrical, musical and cinematic projections.

Organization of historical re-enactments in the Municipalities of the Fair and Mints.