Bosio has been an autonomous municipality since 1948: it was subject to the marquisate of Parodi Ligure until the 18th century.

THE PARISH CHURCH OF SAINTS PETER AND MARZIANO

This parish church was included in the Diocese of Tortona until the 13th century, and then passed under that of Genoa in 1248.

The interior was frescoed in 1904 by Rodolfo Gambini and eight altars open up in the naves.

The wooden choir with shaped panels is an excellent nineteenth century work.

There are also two paintings depicting the “Marriage of the Virgin”, the Piedmont school of the seventeenth century, and the Madonna with Child on the throne attributed to Francesco Campora, Genoese, active in the first half of the eighteenth century. 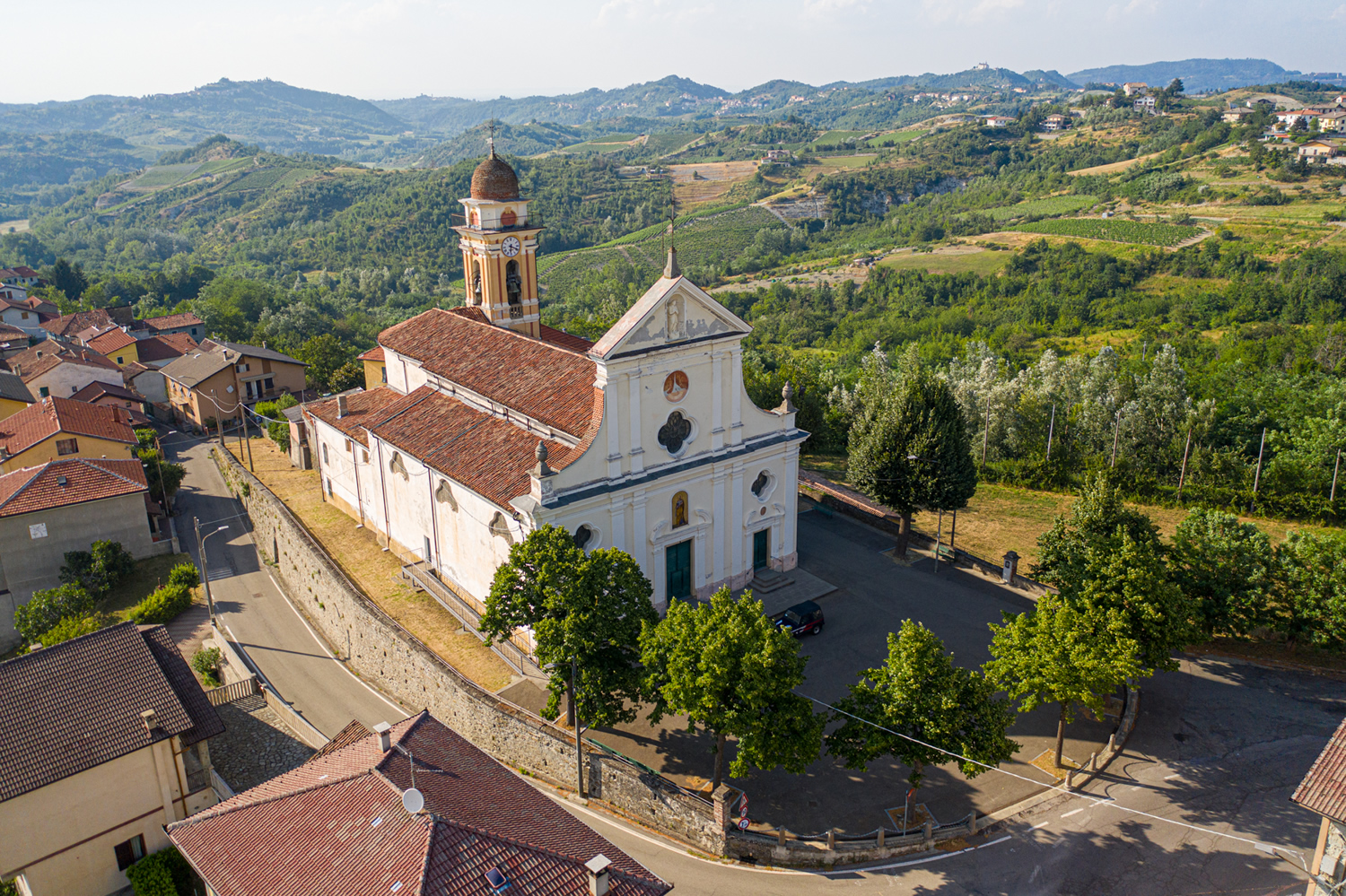 THE ORATORY OF THE SS ANNUNZIATA

In front of the Parish church there is the Oratory, mentioned in 1582 as “Casaccia Sancti Mariani”.
In 1652 it was referred to as “Oratory of the Disciplinati under the title of the Blessed Virgin”.

In this hamlet several religious buildings have been built.

In 1762 a small church was built dedicated to “N.S. della Misericordia”, which shows a gabled architecture.

Above the portal there is a fresco depicting the Virgin of Mercy made by Camillo Martini in the 19th century.

CASCINA BENEDICTA AND SACRARY OF THE MARTYRS OF THE BENEDICTA

The Benedicta farmhouse, now reduced to well-preserved ruins, referred to in medieval documents as “Mansion of Ripalta in Bruersa” is very old. 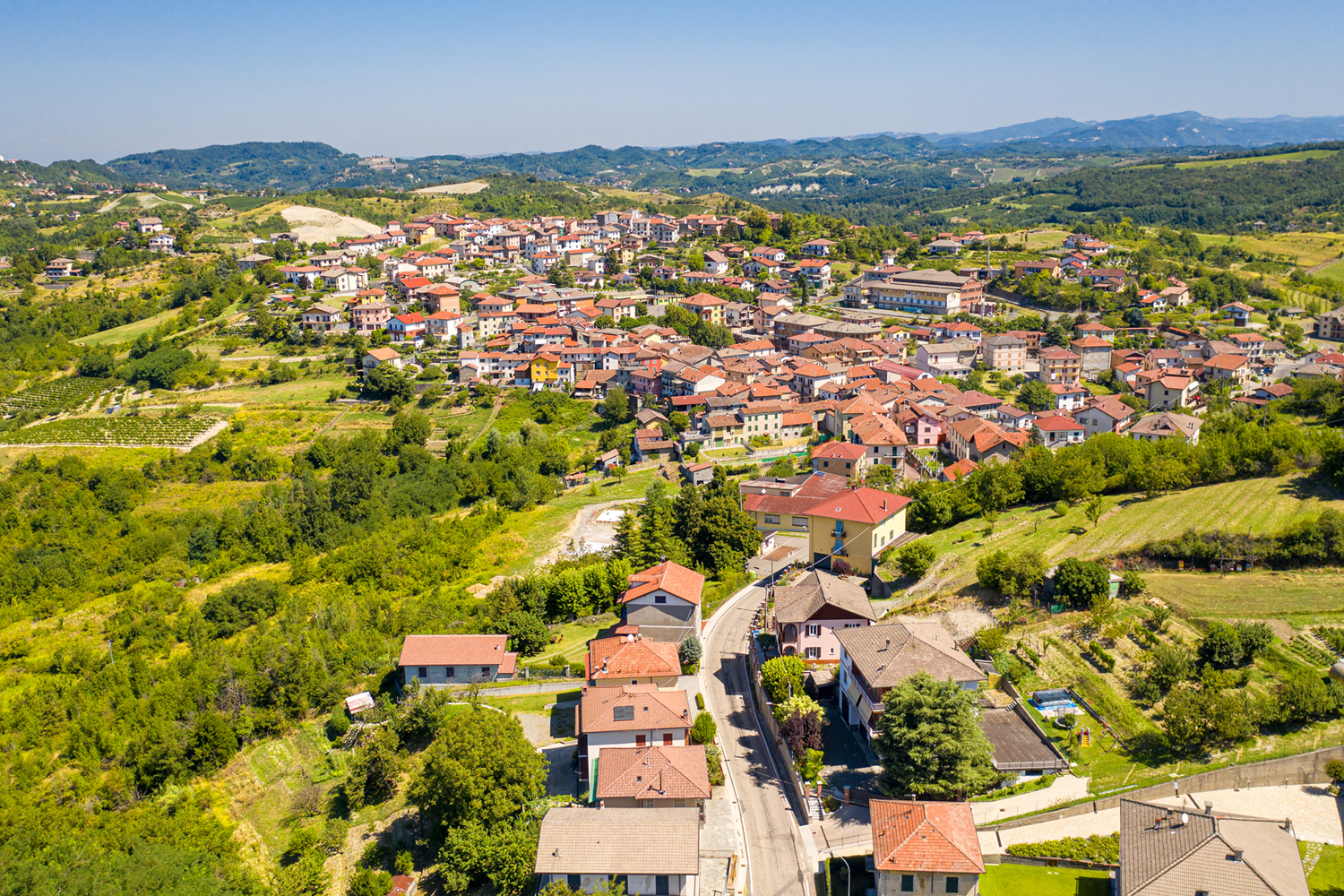 On 2 January 1195 Guglielmo Marquis of Parodi Ligure donated the lands located between the Gorzente and Piota Valleys in the Alpe di Marcarolo to the Cistercian monastery of Rivalta Scrivia.

In 1254 the Genoese government ordered the castellans of Parodi Ligure to supervise the safety and property of the “Monastic cell of Bruersa”.

In 1642 it passed to the Spinola family, the convent was transformed into a farm with a manor house.

The Masseria (large farmhouse) was destroyed by the Nazi-fascists during a roundup of partisans units and the ruins are included in the area of the memorial which commemorates the victims of the massacre which took place in the spring of 1944.

Seventy-five partisans fell during the fighting; ninety-seven being killed in the bed of the Gorzene stream below the Cascina Benedicta.

THE VILLAGE OF CAPANNE DI MARCAROLO

It is located on the European Road E / 1 and is the fulcrum of the Piedmontese Apennine Protected Areas Authority (former “Parco delle Capanne di Marcarolo”).

The small mountain village of Capanne represented, for centuries, a fundamental road junction for the slow-moving trade on beasts of burden between Liguria and Oltregiogo.

Tradition has it that the Marcarolo plateau was inhabited by the Ligurians and the Celts and some archaeological finds seem to attest to the presence of settlements or transit centers from the Stone and Bronze Ages.

In Capanne di Marcarolo every year, on the last Sunday of July, the Regional Fair of Agricultural Products and Agricultural Works takes place, which attracts more than 6,000 visitors annually.