Built in the year 1000 as a bulwark against the barbarian invasions, it was built around a watchtower placed to defend an important communication route between Liguria and the Po Valley.

The manor was in a fiefdom.

The construction of the current castle, which was built after having had the investiture for this and other castles by Henry VII of Luxembourg in 1312, is attributable to Opizzo or Opizzinio Spinola.

In 1560 Ferdinando I elevated Tassarolo to a county with the right to mint coins.

A building was added to the main building, at the foot of the sixteenth-century loggia, called “La Zecca” where the “Spinoline coins” were minted, which were still in circulation in 1678. 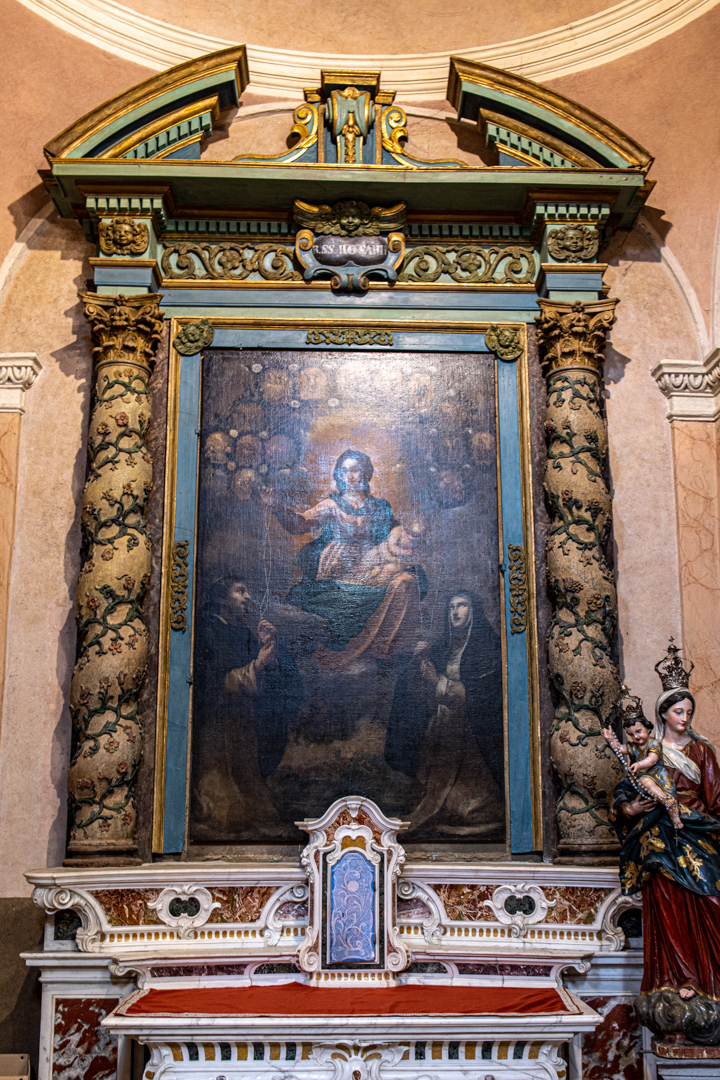 There is a Spinola collection called “Corpus Spinolae” divided as follows: 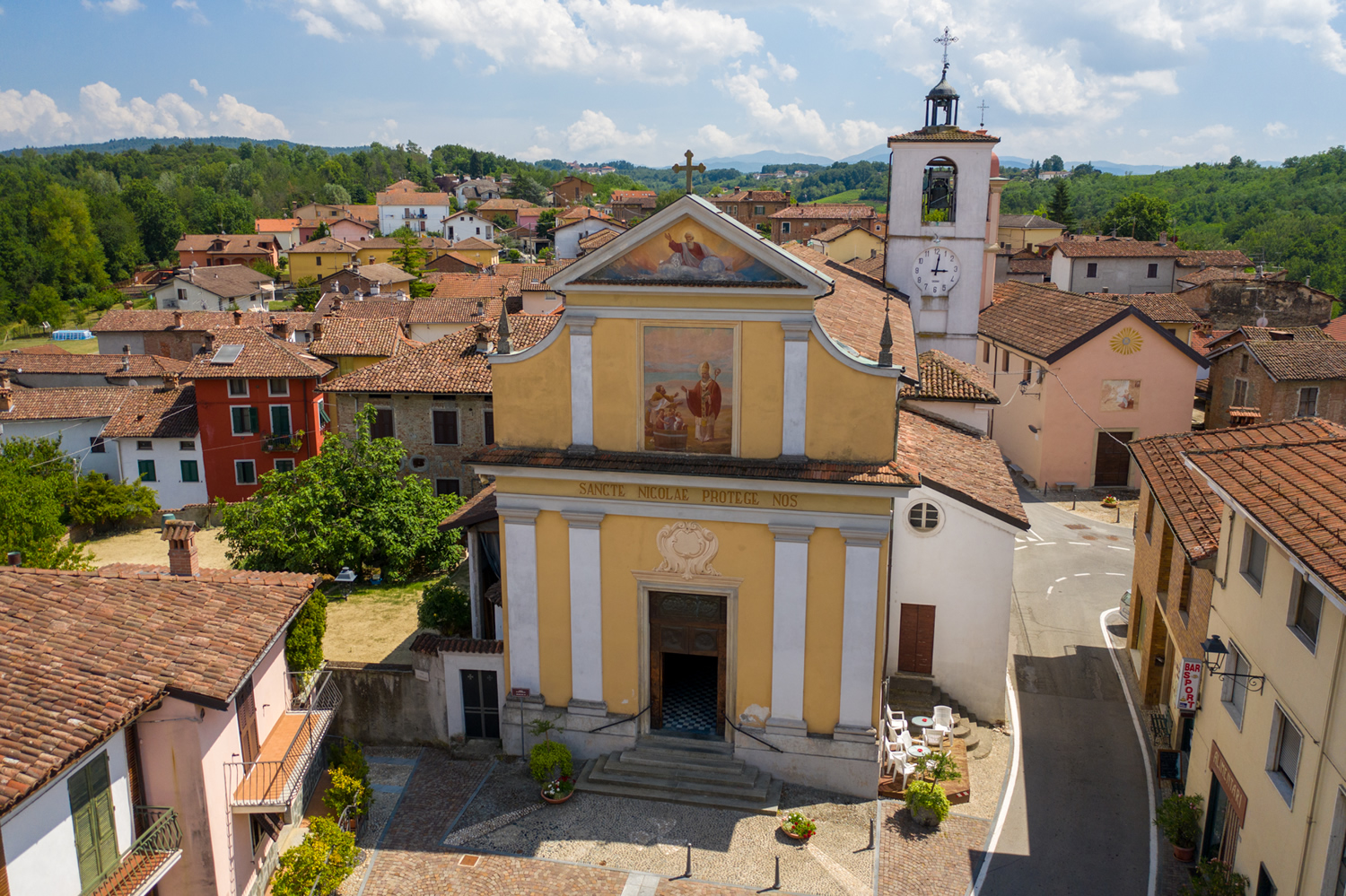 THE ORATORY OF THE BROTHERHOOD OF THE HOLY ANNUNZIATA

Inside it preserves the most ancient banners for procession and funeral accompaniment with the relative lanterns and crucifixes.

There is a fresco from 1600 depicting the Annunciation.

There is also an important mural painting depicting the Madonna of the Guardia in front of the bell tower of the Parish church.

The Society was founded in 1868

The historic building was built in 1909

This is a rare example of a hybrid between oak and cork oak, a leafy tree of Quercus Crenata recognized as a tree to be safeguarded and protected, which has stood in that
place for more than 400 years.

It reaches 25 meters in diameter.

There are three altars, one of which is the main one.

The main altar was built with very fine and polychrome marble and was inaugurated in 1763 and contains one of the first organs built by Camillo Guglielmo Bianchi, a pupil of Serassi.

The Ancona that dominates the choir, from the mid-17th century, represents one of the most impressive miracles of San Nicolao.

The Tabernacle for the custody of the holy oils dates back to 1475.

Then there is a beautiful painting from the mid-17th century that depicts the Annunciation of the Virgin.