A first document dated 1181 highlighted the distinction between Grondona Nuova and Grondona Vecchia, therefore one could hypothesize the foundation of Grondona itself before the year one thousand.

In fact it appears, from the documentation, that on March 18th 1081 from documentation that Guido II the cleric, son of Adalbert III; Marquis of Gavi, sold his portion equal to half of the castle of Grondona to the sub-deacon Girvino.

In 1310 the Fieschis became Lords of Grondona and they remained so for some time and, after the well-known conspiracy of the Fieschi in 1547, the Emperor Ferdinand I granted the fief of Grondona to Prince Andrea Doria.

THE ROMANIC CHURCH OF MADONNA ASSUNTA

– probably dates back to the 13th century;

– was built for the religious services of Grondona Nuova;

– was later enlarged in the 17th century. 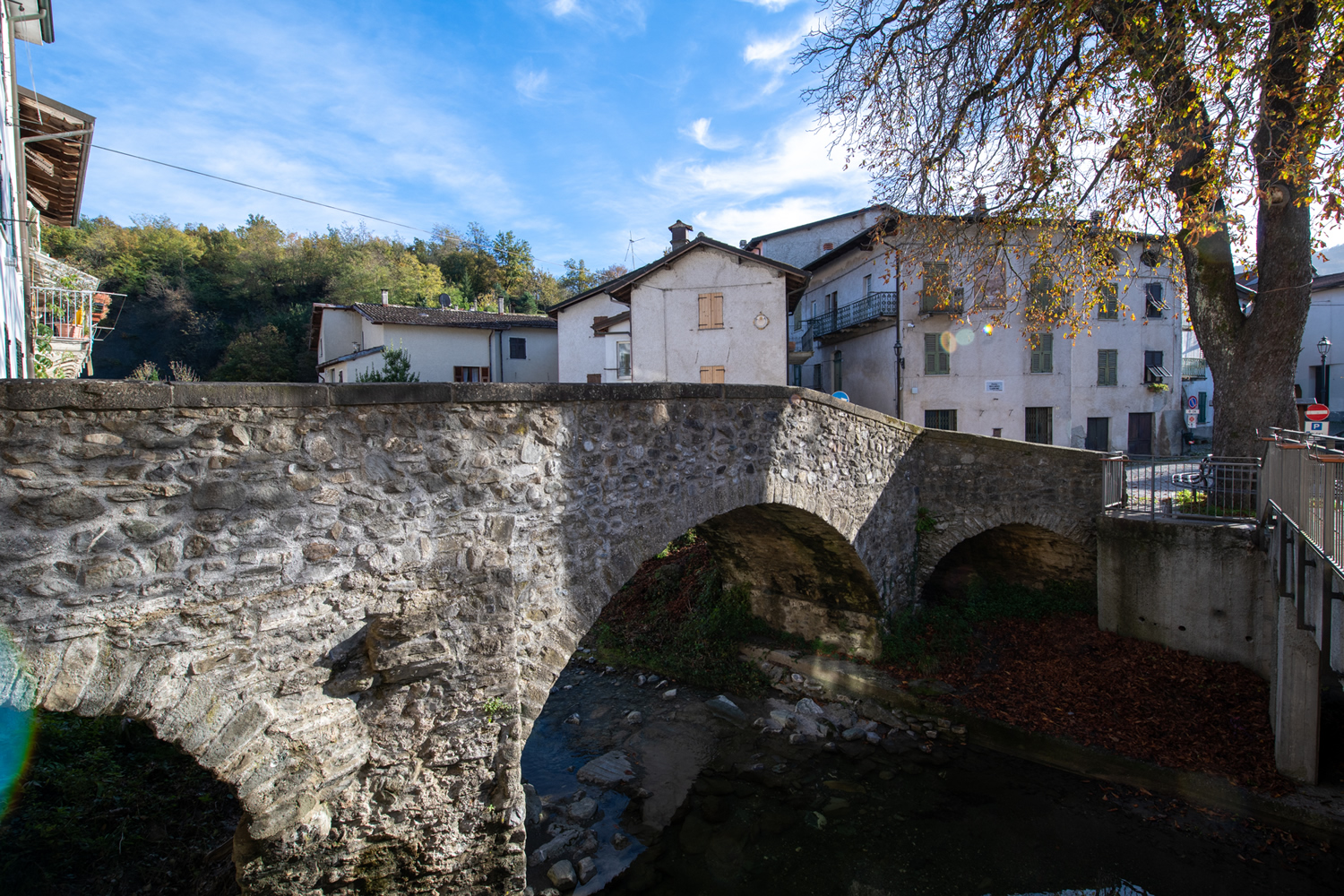 The pictorial and figurative culture is quite homogeneous, with simple and immediate stylistic choices, with faces with a strongly contrasted rendering and a calligraphic treatment of the faces with a square and robust design and clearly marked eyes.

The belfry is open with mullioned windows: inside there are frescoes dedicated to Sant’Antonio Abate, San Giacomo di Compostela, San Pietro and Paolo, San Giorgio, the Virgin in the act of striking the Devil, between Sant’Andrea and Sant ‘Antonio Abate work by Antonio Barbe of 1649. 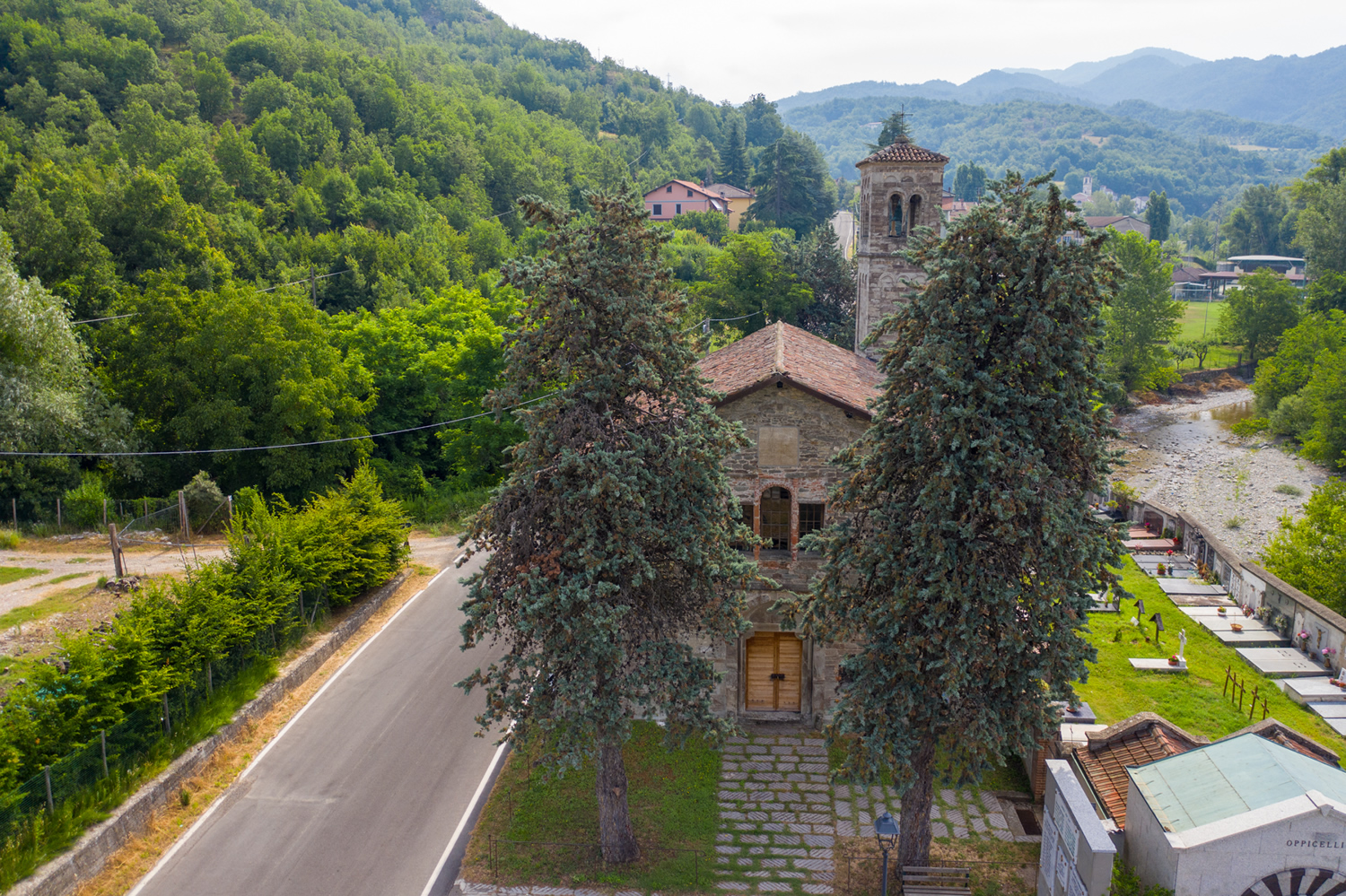 The castle was a manor with two towers located on an imposing hill, until 1934, when a terrible landslide caused it to collapse.

Currently there are the remains of the landslide that cut into the hill, a tower and a small relic of a castle attached to what remains.

Inside the historic center, there is the very well preserved “Palazzo del Comune”- (Town Hall).

Inside the historic center there is a beautiful well-preserved Romanesque bridge that is still used today.

There are buildings, still intact today, that are located along the mountainous part of the territory of Grondona.

The abegi are very low stone and mud buildings with two floors, located in the middle of the woods where chestnuts were dried.

On the upper floor, with a wooden loft, through which the heat could pass, the chestnuts were placed, on the ground floor, the peasants lit the very slow-burning fire that was used to slowly cook the chestnuts.

The feeding of the fire was very important, so the peasants spent the whole night outside the abegio in order to continue feeding the fire.

If the fire was not fed constantly, the burnt chestnuts would have been neither edible nor marketable.

Chestnuts were then the only meal that fed the local farmers.

There are countless examples of these buildings, still well preserved and a tour around the Abegi is worthwhile.