Mornese, an ancient toponym Molonexius, was inserted in the tenth century into the territory of the Obertenga and following the demographic recovery that occurred around the year 1000, it was affected by an active presence of the monks of San Siro, a powerful Genoese monastery.

In 1352, at the end of the plague that affected Mornese and the whole territory of Oltregiogo in 1348, the Prior of the convent proceeded to sell the fiefdom to the brothers Marco and Pietro Doria.

The Dorias completed their settlement in the Oltregiogo by opposing the Spinola and trying, with the support of Luca Doria, Lord of Lerma to create a Dorian state.

There was a war with the Republic of Genoa, as the Dorias allied themselves with the Visconti and the Spinola and attacked and conquered the castle in Tagliolo.

While the Dorias were about to attack Voltaggio there was a reaction from the Republic of Genoa which condemned the Marquis of Lerma to death and the confiscation of his assets.

The Castle of Mornese was subject to many influences over time and was involved in numerous wars both directly and indirectly.

The castle stands on a hillock called Borgoalto, a nucleus of houses connected to the castle.

The current appearance dates back to the eighteenth century, when it was used as a country residence. 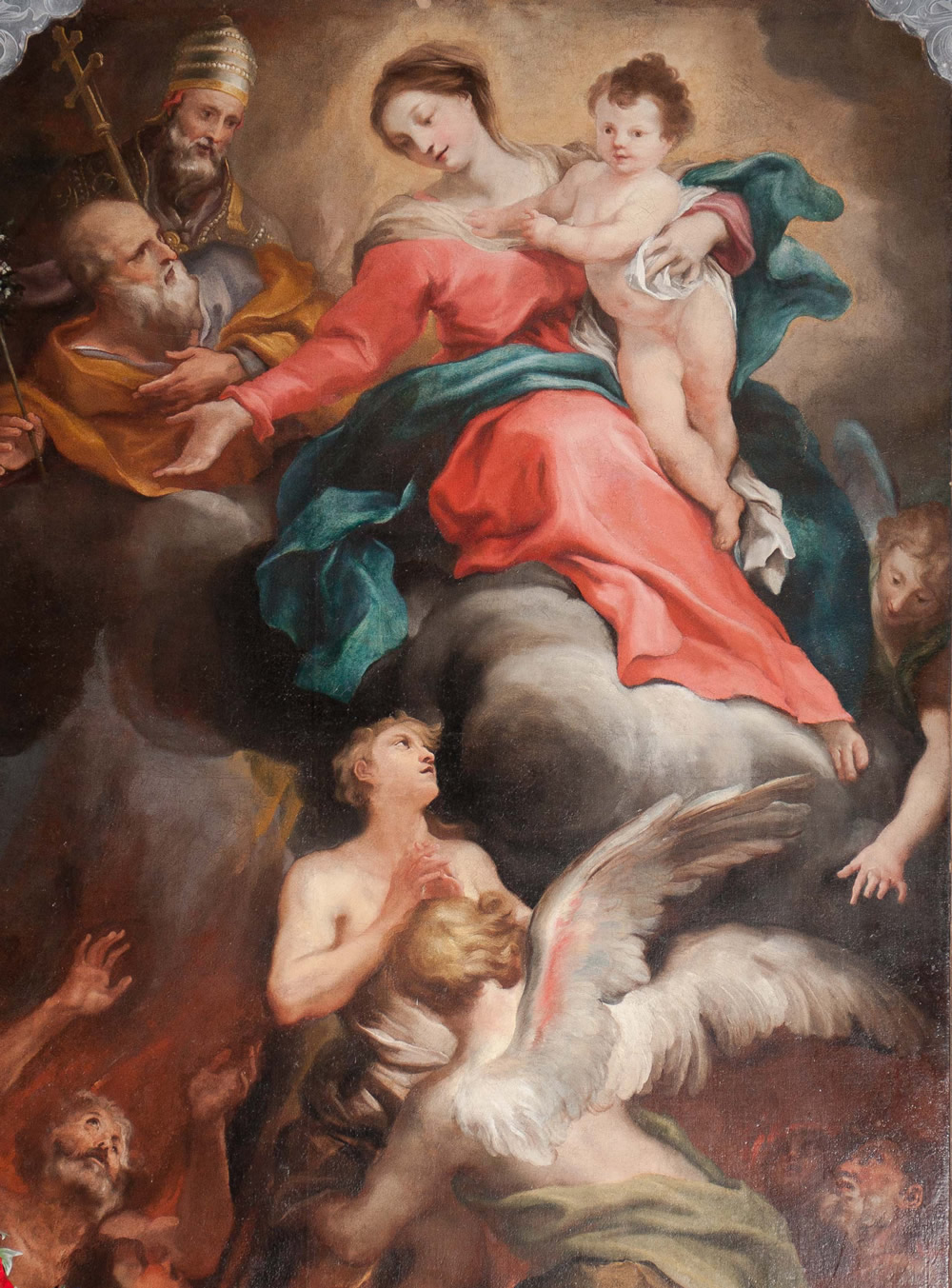 It was the first mother house of the Daughters of Mary Help of Christians, a congregation founded by Santa Maria Mazzarello together with San Giovanni Bosco.

Until the mid-60s it housed the Orphans of the Carabinieri.

There is an ancient access that is wedged between the houses, where Don Bosco passed for the first time on 13th December 1867, invited by Don Pestarino, a parish priest from Mornese.

Next to the chapel where the Institute of the Daughters of Mary Help of Christians was founded in 1872 is where 11 novices took their religious vows in the presence of Don Bosco, Don Pestarino and the Bishop of Acqui.

Here the first oratory dedicated to the Virgin was erected, which in the 1500s became a parish to replace the Church of San Silvestro which was located outside the town.

– floor of the presbyter with black stone from Lavagna;

– Statue of San Silvestro in the center, with San Giuseppe on the right and San Guido on the left; 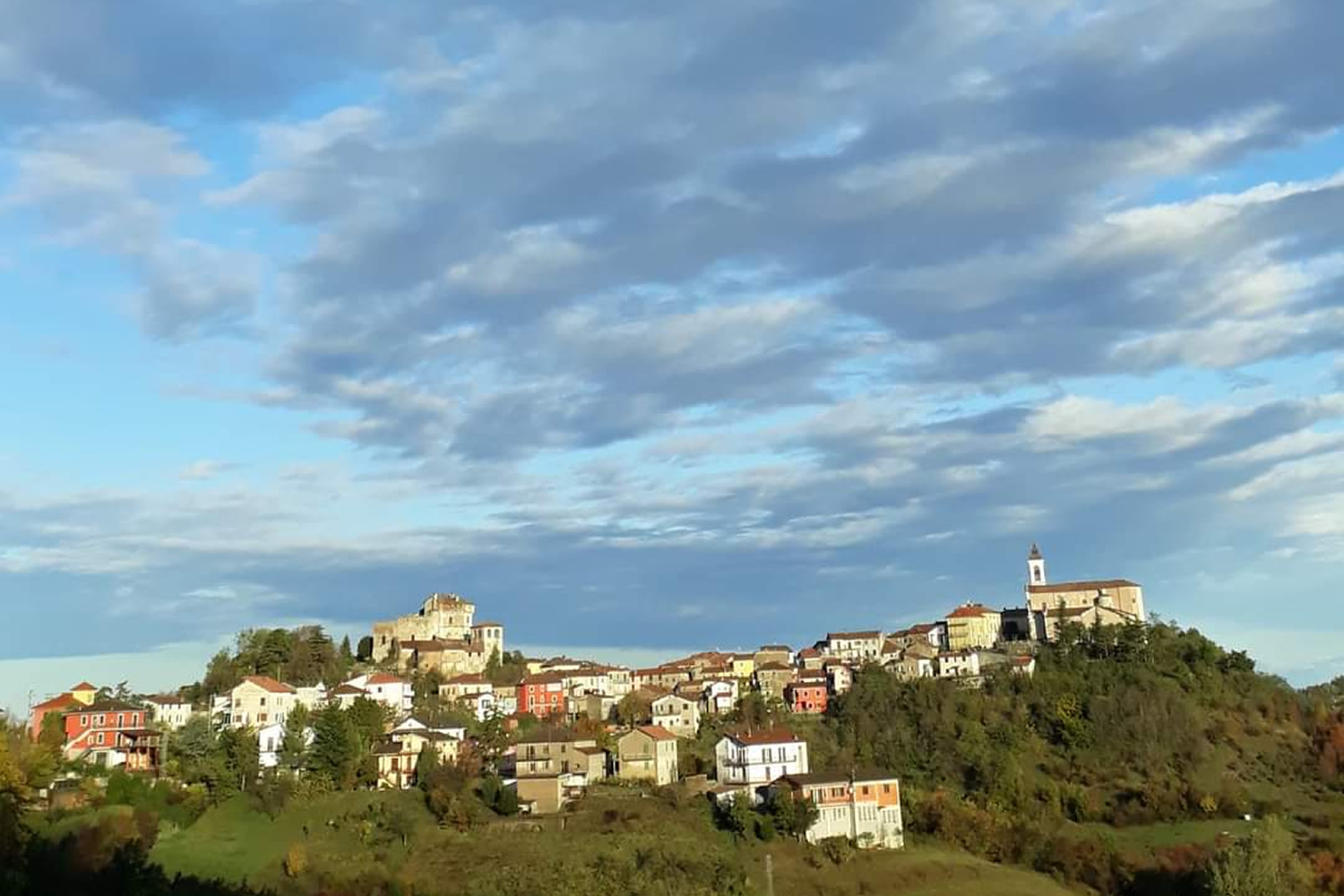 – Statue of St. Nicholas of Tolentino;

– Altarpiece of the baptism of Jesus late eighteenth century;

– Altarpiece of the Virgin of Suffrage of 1681;

– Crucifix overlooking the altar from 1746;

On the right, the second altar is dedicated to Santa Maria Mazzarello, the saint of Mornese, which was erected on the occasion of her beatification in 1938.

In the basement of the parish church, the permanent artistic crib of San Silvestro can be visited.

In the adjacent rooms, nativity scenes made and donated by the Salesian Sisters from various countries of the world are exhibited.

THE ORATORY OF THE ANNUNZIATA

This oratory is next to the parish church.
After being, for a short time, a parish with the title of Santa Maria, in 1602 it was transformed into a “Worshiping Oratory”.

There are numerous frescoes by the painter Muratore di Novi and L’Assunta in the small dome.

The altar was renovated in 1890, while the statue above it is the statue of the Immaculate Conception from the seventeenth-century.

There is also an eighteenth-century processional crucifix and a double-faced banner by the painter Santo Panario, a famous portraitist.

In the hamlet of Mazzarelli there is the birthplace of Santa Maria Domenica Mazzarello, where he was born on 9th May 1837.

It is a small stone house, where, there is an altar with a balustrade of the primitive chapel of the Borgoalto College where Don Bosco celebrated mass, for the first time in Mornese.

This sanctuary which includes the birthplace of Santa Maria Domenica Mazzarello was consecrated on 9th August 1972.

The urn with the remains of the saint was brought to Mornese on that occasion, from the Basilica of Maria Ausilitarice and for the last time returned there in 2002.

It is the destination for thousands of the faithful from all over the world as well as being a place of worship.

Blessed on 24 May 1843, it was built by the Mazzarelli people who greatly wanted it to honor the Madonna.

They dedicated it to Maria Ausilistice and the Saints Stephen and Lawrence in thanksgiving for the protection they had been granted during the severe cholera epidemic between 1835 and 1836.

It is located on the border between Mornese, Parodi Ligure and Montaldeo.

It is a stopping place for tourists who visit the territory.

It has a nice porch that welcomes those arriving by any means and in case of rain or bad weather it can give them shelter.

The bell tower that rises into the sky is of notable workmanship.